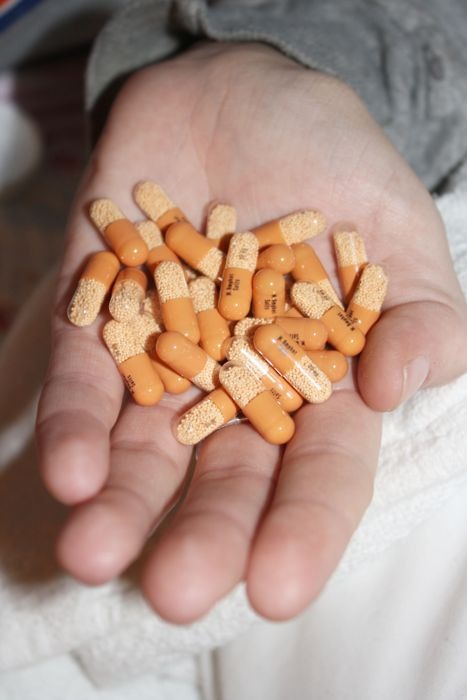 I’d say I’m a hardworking second semester senior. I attend school, complete my homework on time, study efficiently, and go to work during the week. We all know how difficult these routine tasks can be at this stage of our lives. But sometimes, I grow weary of this monotonous cycle of academics and part-time jobs. Then, slowly, I begin to lose my drive.

And I hate it. I’ve always been raised in a household that valued time, pushing me to use every minute to my advantage and taking breaks only when necessary. It’s a tidy, disciplined lifestyle, but it soaks up most of my energy. There have been times I tried to wish away time, wanted more hours in a day so I could accomplish so much more, and even tried to stay up all night to just do everything I wanted…but with the draining consequence the next day.

That’s when I heard about what seemed like the magical solution to my problems: Adderall. It is a pill that is normally prescribed to treat attention deficit hyperactivity disorder (ADHD), but has recently risen in popularity among hard-pressed, high-achieving, healthy students who use it to get a leg up in school. And as the stakes get higher, I’ve definitely noticed an increased, casual use of this pill in the high school community.

According to the National Survey on Drug Use and Health,1 in 5 college students say that popping one Adderall pill unlocks their brainpower. It allows them to focus, concentrate, and memorize at a faster pace, creating some sort of “tunnel vision” for six to seven hours. So…Adderall: to take, or not to take?

Besides the fact that unprescribed medicine is illegal, the obvious answer is no. I don’t have ADHD. I wouldn’t want to jeopardize my health in any way, mess with my daily routine, or even create dependency on a “smart drug” to function at my highest level.

But I can definitely understand the temptation. Getting rid of all the distractions that have been holding me back? It sounds like the easy way out for my academic and work-related stress.

Unfortunately, it’s not a gift sent from the heavens. According to a recent University of Pennsylvania study, students who took Adderall “did not actually perform better on tests of cognitive function—they only thought they did.” Among the 47 test subjects who were given a placebo and Adderall pill, the subjects who had been given Adderall were significantly more likely to say that the pill helped them complete a task better. However, researchers found that their performance actually did not show an improvement over that of those who had taken the placebo pill.

The drug, which is a cousin of amphetamine, causes a sense of euphoria because it releases dopamine and triggers the brain’s reward system.  It simply makes the studying more enjoyable, but does not actually boost performance. What it does do, though, is foster a dependency. The 1 in 5 healthy college students who use Adderall for academic purposes truly cannot focus without it.

Call me wimpy, but I don’t want to risk that. Even though I’m curious about possibly unlocking my “true capabilities” and achieving more than ever before, I think I’ll remain a normal student, fighting through the educational system with the masses. I’ve come this far, and I don’t want to cave just yet.

So while I understand the temptation, I have to wonder…isn’t it an unfair advantage? To those of you who rely on this pill to succeed, is there still pleasure in reveling in your achievements? Even if the so-called “unlocked” burst of euphoria is worth it, I remain with this inner struggle…does the end truly justify the means?