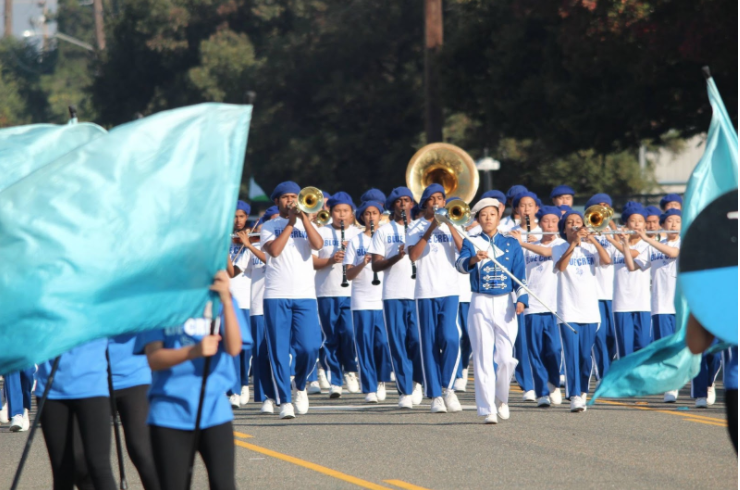 Irvington’s Junior Varsity Marching Band ended their competitive season on Saturday, Nov. 5 with a third place finish in the Grape Bowl Classic Band Review held in Lodi, California. The band competed against top high schools in Division 5A, such as Lincoln Memorial High School and Inderkum High School at the event co-hosted by Lodi High School and Tokay High School. The band ended with its highest score of the season.

The Junior Varsity Marching Band received a score of 89.3 out of 100 for its performance of British Eighth by Zo Elliott. This year’s score matched the 89 that last year’s band received at the final showing before the split into the Varsity and Junior Varsity marching bands.

“Our Junior Varsity Marching Band is doing very well, despite their third placing in their last competition. It is amazing that they matched our ending score last year,” observed Varsity junior flute player Olivia Mendoza.

After months of preparation, the band members left Fremont at 5:00 a.m., headed for Lodi. Though they were sleep-deprived, there was a general sense of excitement in the air, as it was the last competition of the season.

“The band review was tiring, but a lot of fun! From the outside, it didn’t look like we placed all that well, but all of us knew how much we improved and we’re proud of ourselves,” said freshman flute player Shathi Gans. “There was so much spirit and such a strong sense of community between all the marching band members. I think overall, it was a day good enough to compensate for having to be at school at 5 a.m. on a Saturday.”