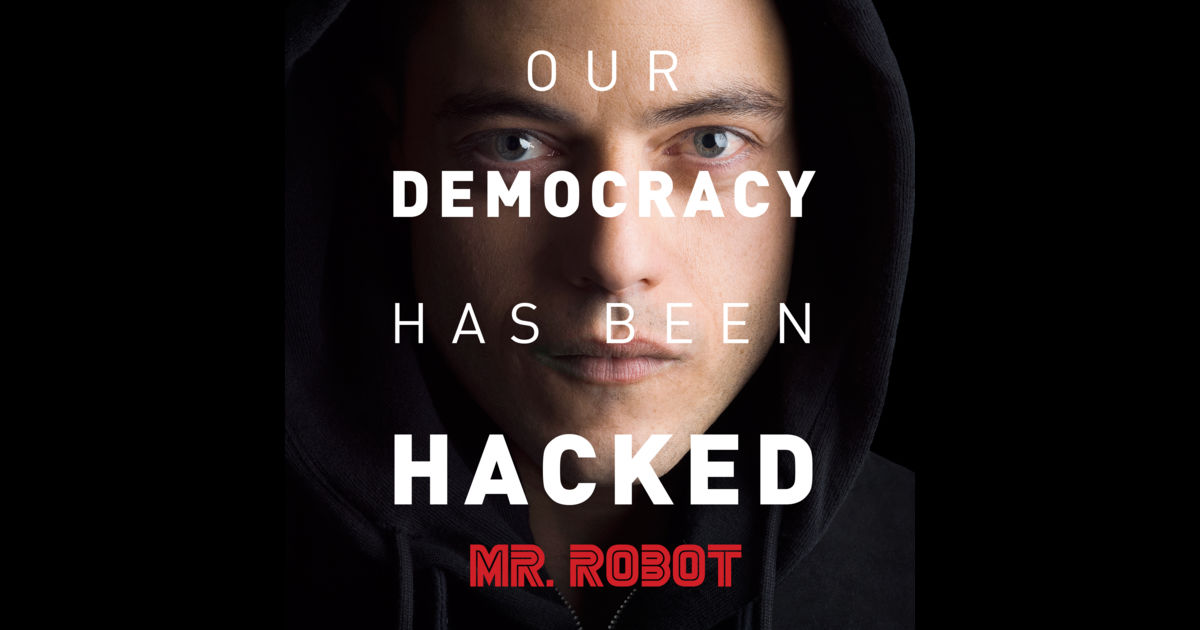 Creator Sam Esmail has cited “Fight Club” as a main source of inspiration behind creating the show.

“Mr. Robot,” which just concluded its second season on USA Network, is a weekly hour-long drama that deals with the pressing issues and moral dilemmas that arise with modern advancement, from the point of view of group of dissident hackers. The series, which is the brainchild of creator Sam Esmail, has been the breakout hit of 2015, with overall ratings ranging from an 8.7/10 on IMDB to a 96 percent on Rotten Tomatoes, and the second season in 2016 garnering further attention and praise, The innovative series provides a refreshing perspective on modern-day society through the eyes of anti-hero Elliot Alderson, played by Rami Malek. Elliot is a genius hacker who is deeply critical of American society, which he feels preys on the consumerist desires and moral bankruptcy of the public. He directs his disdain towards the omnipresent conglomerate E-Corp, conditioning himself to perceive the company’s name as Evil-Corp. The plot thickens when Elliot is recruited by the elusive Mr. Robot to join a vigilante group with similar goals, collectively known as F- Society. The series follows the trials the group and Elliot face during their mission to take down E-Corp, specifically in eliminating all the debt owed to the corporation in a gargantuan effort to redistribute wealth.

The entire series is tinted by  Elliot’s mental state, and reveals him as an increasingly unreliable narrator throughout the series’ progression. He often converses with the audience in a muddled stream-of-consciousness manner, talking to an omnipresent viewer he is suspicious and yet in awe of. Malek’s portrayal is immersive and stunning, and has won him accolades ranging from  Emmy to Critic’s Choice awards.

“Mr. Robot” deals with a myriad of other relevant and charged themes ranging from concerns regarding the power of modern technology to both wreak havoc and empower millions, cynicism towards the country’s prominent wealth gap, evolving attitudes toward mental illness, and loneliness and drug abuse. The focus of the show is organization F- Society, an extreme play on the real-life hacking group Anonymous. “Mr.Robot”’s inspiration from real-life events makes the problems its characters face trials seem even more personal.

Originally meant to be a feature film, “Mr.Robot” maintains a gritty yet stunning aesthetic, especially when the show is filmed in deserted parts on Coney Island. The entire show is set in New York City, a fitting locale to represent the harsh divide between the 1 percent and the rest that Elliot criticizes.

The show has earned lead actor Rami Malek an Emmy award for Outstanding Lead Actor in a Drama Series, and visionary creator Sam Esmail’s writing and directing has been nominated and awarded numerous accolades.

The only fault with the show is that it may be too cynical and require too much attentiveness for some. The former especially apparent at the beginning of season two, where the landscape seems bleak and doesn’t change much throughout the story. Though the atmosphere is fitting, it can get tiring. Furthermore, the show’s storyline is highly nuanced, to the point that it requires highly attentive viewing. Missing an episode could leave you lost for weeks after, as each hour-long episode is filled with a generous amount of plot twists and surprises. Thus, the dedication it demands can be too pressing for some.

Overall, the series features in terms of  excellent cinematography, a tumultuous story line that’s impossible to predict, and powerful performances from its diverse cast. Though it may prove too dark, gritty, and convoluted for some, the story moves quickly so as to not linger on such scenes for long. The show boasts a broad appeal, but may be especially enticing to those in the technology sector who know about programming and can appreciate the realism. “Mr. Robot” is unique from the root up, delivers  its powerful message with a new-age protagonist, and is a compelling, fast-paced show whose truth often hits too close to home.