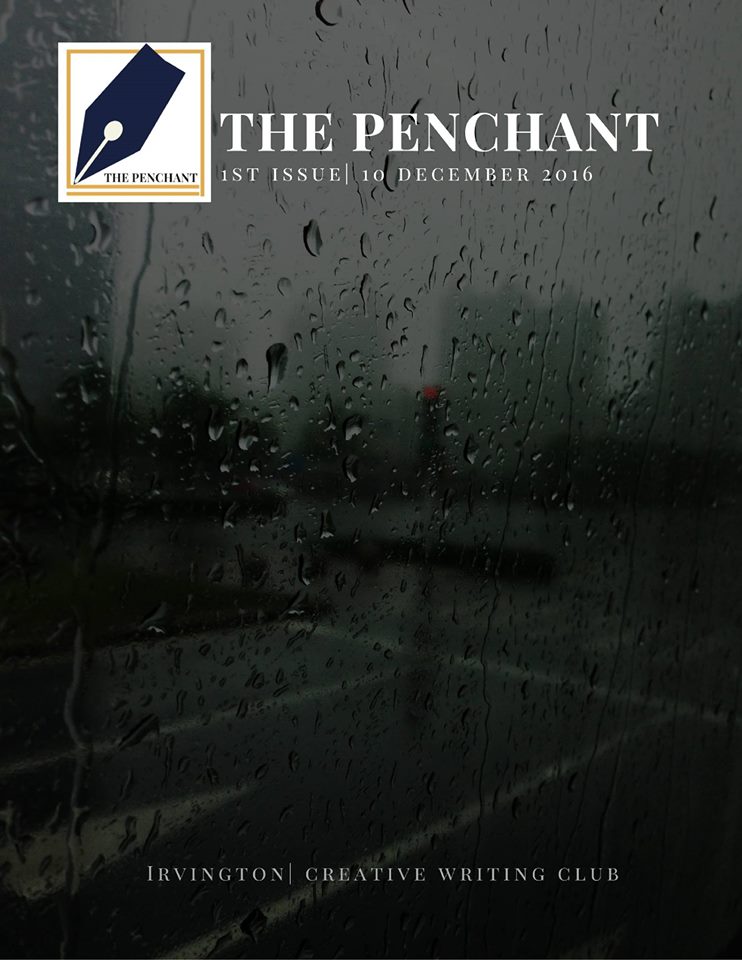 Published by Creative Writing Club, the first issue of The Penchant was designed by sophomore Lily Yang, club president.

On Dec. 10, Creative Writing Club published the first online issue of its literary magazine, The Penchant. PDFs of the monthly issues are currently published on the Facebook page “The Penchant Literary Magazine” though CWC is working on a website where future issues will be released.

Designed by sophomore Lily Yang, club president, the first issue of The Penchant is a selective compilation of telling poems, lipograms, and narratives. Although The Penchant does not have a specific theme, a development the club members hope to incorporate into future issues, the overarching morbid tone of the compilation’s works speak measures of humanity’s internal and external struggles while navigating the world.
“Since we’re not a money-based club, we’re working to change to a money-based club in the future so we can print physical copies, hold fundraisers, and possibly distribute some issues,” CWC webmaster sophomore Jaime Wang said, “but we’re still developing this idea and we’re currently unsure about publicity.”
Though the first issue comprised of submissions from members only, Creative Writing Club encourages public submissions for future editions and hopes to expand its outreach within the Irvington community.
“While The Voice reports on the news and features of Irvington and the surrounding community,” Wang said, “ we hope to provide a creative outlet for students interested in writing fiction.”
From “A Shout Into The Void,” junior Sowmya Balakrishnan’s take on an adolescent’s psychological reactions to the war to sophomore Jaime Wang’s “Fly Free”, a reflection of a young girl dying from disease, the first issue of The Penchant proves a stunningly solemn yet thoughtful selection of works. However, Creative Writing Club promises that future issues will take a more lighthearted turn.
Want to be part of CWC’s next issue of The Penchant? Send in your submissions to penchantlitmag@gmail.com.