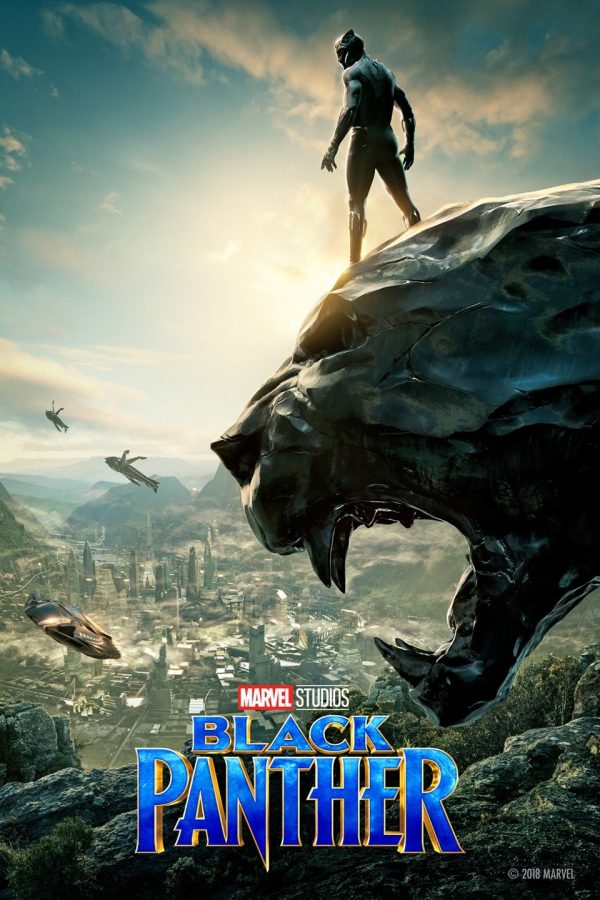 On January 6, 2019, the Golden Globes, an annual award given by the Hollywood Foreign Press Association, hosted their 79th Awards ceremony at Beverly Hills, California. Marvel’s action-packed movie Black Panther had been nominated for the Best Motion Picture-Drama, along with Bohemian Rhapsody, A Star Is Born, and several other movies, and during the awards ceremony, Bohemian Rhapsody won Best Picture. While it may have been a box office hit, Bohemian Rhapsody is not a more qualified candidate than Black Panther, which promoted ethnic diversity and received significantly higher reviews.

There were several overarching themes in the 2019 Golden Globes, such as the power of women and ethnic diversity. When comparing Bohemian Rhapsody and Black Panther, the latter fits almost perfectly into the diversity category. Black Panther had a nearly all-black cast and according to the Brookings Institution, the movie received a much better response in part to criticism surrounding the overly-white representation of Hollywood’s Oscars winners. Campaigns on social media such as #OscarSoWhite are slowly eating away at Hollywood’s reputation. In addition, one of Black Panther’s most notable creations is the Dora Milaje, an elite army of women soldiers that reflects on the strength of women in society. Since Black Panther provides a face for the African American and female community, what better way for Hollywood to regain its status than by giving the Marvel movie its Golden Globe?

Let’s not forget that the Black Panther movie itself was absolutely breathtaking, with innovative costume design, stunning visuals, and an action-filled plot that kept the audience on the edge of their seats. The fictitious and secret society of Wakanda is well-developed with its touch of unique fantasy and futuristic technology. In the opening scenes of Wakanda, the city is portrayed as a blend between beautiful natural scenery and massive silver skyscrapers, elevated railways, and panther statues, all hidden from the outside world under an invisible force field. The movie also interchanges between scenes of creative gadgets such as Black Panther’s suit to scenes of African tradition, such as elaborately designed clothing and cultural face paint. Michael B. Jordan’s role as the antagonist Erik Killmonger is especially noted by both the audience and critics alike, as he portrays a tragic nationalist supporting underprivileged African Americans living in America. The movie goes out of its way to tell the story of the antagonist and make him a well-rounded and sympathetic character, and Killmonger resonated so well with audiences that some preferred him to the movie’s protagonist, T’Challa.

Bohemian Rhapsody, on the other hand, received criticism regarding the delivery of its plot and characters. Many Mercury fans have said that the movie felt incomplete and didn’t portray rock star Freddie Mercury’s sexuality. It’s undeniable that many have praised Rami Malek’s enactment of Mercury and the overall rock-and-roll vibe that the movie brought. However, Bohemian Rhapsody’s plot followed Mercury’s life and experiences, most of which were left out in order to keep the reputation of the real-life band, Queen, and to film an interesting movie that would bring in a lot of cash. Even though Bohemian Rhapsody is based on real-life events, the movie placed a lot of emphasis on Mercury’s sexuality, which was upsetting to many people in the audience. According to an article published by Forbes, critics and audience alike, especially members of the LGBTQ community, felt the movie had a rather distasteful portrayal of Mercury’s sexuality that made them uncomfortable. The movie’s Golden Globe was especially upsetting for some after sexual assault accusations were brought up against the movie’s director Bryan Singer, which have also heavily impacted Hollywood’s reputation. Hollywood is already being bombarded with scandals, and having another one doesn’t exactly help its situation.

A win for Black Panther in the Golden Globes would’ve been a huge boost for Hollywood. It’s full of ethnic diversity and positive reactions, and who doesn’t like an action-packed Marvel movie? Then again, who knows what Hollywood has in store; we’ll just have to hope for better decisions in the future.