Expression of Political Opinions: All or Nothing

Should teachers be allowed to express their political opinions in class? 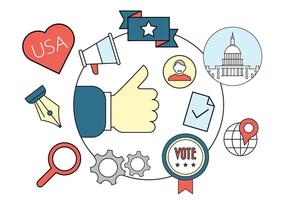 Much of a student’s mind is shaped by experiences and interactions with their peers and teachers. Teachers are arguably the most influential people in students’ lives and play an important role in developing student’s beliefs and ideas. For this reason, teachers should avoid expressing their political beliefs in the classroom. Much like religious beliefs, political opinions are a highly sensitive topic, and, teachers should not interfere with something that relates back to a student’s core beliefs. Teachers should not be able to express political opinions in the classroom as it can create an uncomfortable learning environment and only exposes students to a biased point of view.

A classroom is a very intimate and close-knit environment, and it should be in the best interest of the teacher to create the most comfortable environment where students can express their opinions without backlash. When teachers express political opinions in a classroom of thirty people, it is practically guaranteed to oppose a few students’ views, which creates discomfort in the classroom that can interfere with the learning process. The student usually experiences a sense of detachment and alienation. This, in turn, will lead to less commitment to the class and a lack of communication or a sense of nervousness around the teacher. Students may be dissuaded from expressing different opinions and beliefs out of fear of opposition to the teacher. Therefore, expressing political views not only interferes with the student’s learning but creates an uncomfortable environment for them. Ultimately, this leads to an unproductive and uncomfortable classroom atmosphere.

The problem with teachers expressing their political beliefs is that it often exposes the student to only one side of the issue. Instead, the teacher should convey to students both sides of the issue and opinions from both sides of the political spectrum. Teachers should avoid leaning towards one side of the argument and encourage students to research online and develop their own opinions. Unfortunately, this is rarely the case, as diverging into politics often involves the teacher leaning towards one side. This biased point of view may influence the student’s thinking as it is the only viewpoint that they have been exposed to. As a teacher, it is their duty to educate their students in all ideas so that the students can choose what information they agree with and shape their character around those beliefs.Teachers shouldn’t tell students how to think; instead they should encourage free thinking and open-mindedness.

Furthermore, the student may have certain beliefs that their family or religion and should be left to the family and relatives to help guide their children to certain beliefs that they hold. It is not the place of the teacher to express these opinions in class with parents that may feel that it is a family matter. Just like teachers should avoid discussing religion in the classroom, politics is also a sensitive topic that should be left out of the classroom.

However, many argue that if a teacher is allowed to teach students in an educational manner, it should also be allowed for them to express political beliefs as well. While this may be true, a teacher cannot speak for all students. While math, science, grammar, etc. are objective and can be taught freely without heavy ostracization of a student, politics (especially politics expressed in a non-government class) is crossing the line because political beliefs often come from a person’s subjective moral values. Challenging these beliefs challenges a student’s core beliefs.

Overall, political opinions should be kept outside a classroom because expressing them creates rifts in a classroom. If politics is mentioned at all, it should not be taught with an open viewpoint and take both sides of an argument into account so the student is able to understand the information and decide what they believe in according to their beliefs. By expressing only opinions, it restricts the ideas that can be chosen and will direct students towards views that they may not agree with. Not to mention, a teacher does not know the religious or moral views of a student. By expressing an opinion they have openly to a class and only showing that one side of the argument, they are trying to force their opinion 0on a student that may have completely different core beliefs that they grew up with. In order to keep an orderly classroom and to create the optimal learning environment for students, refraining teachers from expressing political opinions that show only one side of the argument is the correct decision.