Breaking News: Irvington Prom 2020 will be Held at Kumon! 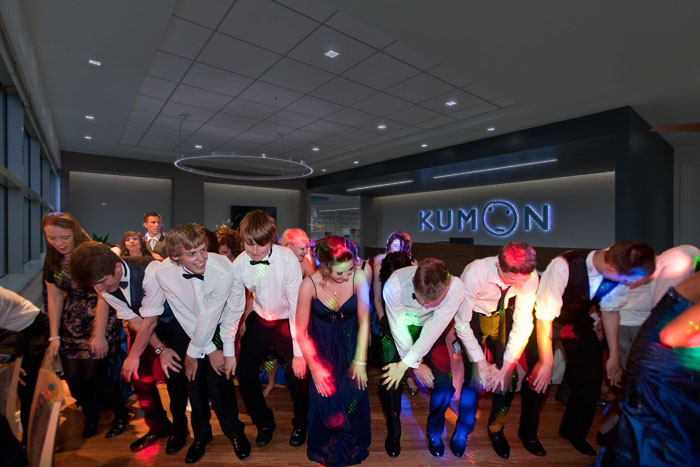 This school year, Irvington High School will be hosting its prom at Kumon Learning Center. Ms. Parriss, Irvington’s secretary, made this announcement over the loudspeakers on Monday night, accidentally cutting off the Pledge of Allegiance midway, to the amusement of students who were sitting on their phones in the meanwhile. Upon The Voice staff writers interviewing her, Ms. Ybslem claimed, “Unfortunately, the juniors and seniors this year are facing financial difficulties as a result of class fundraisers not raising enough money. Selling donuts during Maze Day or even the iTea fundraiser the past month only raised half of the needed profits. We will now be combining both proms and having it at the Kumon on Fremont Boulevard. Snacks such as raisins and pretzels will be given, so the quality of food present will be top-notch.” To further investigate the purpose behind this prom, The Voice staff conducted several interviews with both ASG members and administration.

The prom is scheduled to be on February 29, 2020 from 6 -10 PM. It will include our very own favorite physics teacher, Mr. Rainbow, as the DJ. Mr. Rainbow has already downloaded The Greatest Showman’s soundtrack along with compilations of zoo noises, to provide a rich variety of music that he believes will appeal to all demographics of people, an assumption based on his own childhood experiences with animals. Kumon has agreed to sponsor Irvington and fund all the DJ expenses, which are estimated to be only $4.05 since Irvington already has disco lights and fairy lights from Dollar Tree that were purchased for Homecoming 2018. ASG has been looking for viable catering options from Burger King, Chipotle, Wendy’s, and Krispy Kreme, chains that are dependable because they have been used in the past for Irvington’s Club Rush and other fundraisers.

A few students have expressed their opinions on the announcement. “ASG has been doing a pretty bad job in terms of planning ahead of time,” said Hermione Malfoy. “Last year, they started reaching out to venues and food places during the summer. This year, it started during October. Because of the late start, a majority of our juniors and seniors have already planned long-distance road trips or vacations in February to end the first semester on a good note. I just don’t think many people will be going.”

A freshmen commented on the current situation, calling it “a miracle that Irvington is able to have a prom this year because the junior and senior classes are broke.”

Darwin Charles, an excited senior, claimed “I cannot wait for prom this year! I have so many amazing memories of math tutoring at Kumon. The whiteboards, the chairs, the bright white lights… everything about Kumon screams fun!”

As of now, preparations for the spring prom are in full spring. Irvington is planning to buy decorations in bulk from Dollar Tree sometime in December so that they arrive by February. The paperwork for prom has been done and liability waivers, in case any students collapse after suffering from PTSD by looking at old Kumon worksheets, have been sent out to the junior and senior classes. According to Principal Yonder, the theme of the prom will be “rainbow,” and so colorful banners, unicorn streamers, and a multicolored disco ball are some of the things that will be present to “hype up the crowd.” As of now, Kumon’s interior decoration is not enough to set the party mood for prom, but the added decorations will certainly improve that. These will be placed throughout Kumon’s main waiting area, the large space in front of the Kumon help desk, as well as the classrooms. Kumon’s main entrance will have white and blue balloons to represent the Irvington colors. Kumon tutors will also supervise the prom and act as security personnel, checking students’ bags to make sure they contain no illegal or hazardous items. Although Irvington’s budget cannot afford a professional photographer and event planner at this time, staff has taken the responsibility to recruit parent volunteers who wish to take photos and organize the event.

One senior’s mom, Kathy Lauren, excitedly stated, “I’m quite happy with Irvington’s decision to let parents take photos of prom. I recently bought a Nikon high-quality camera from Costco so prom will be a great place to test its durability and quality.”

More updates will be given as the year continues, but for now, mark the date on your calendar. Kumon 2020: don’t be 2^2 to come!