PRESIDENT BLUMBERG BUYS MARS: WHAT DOES THIS MEAN FOR HUMANITY? 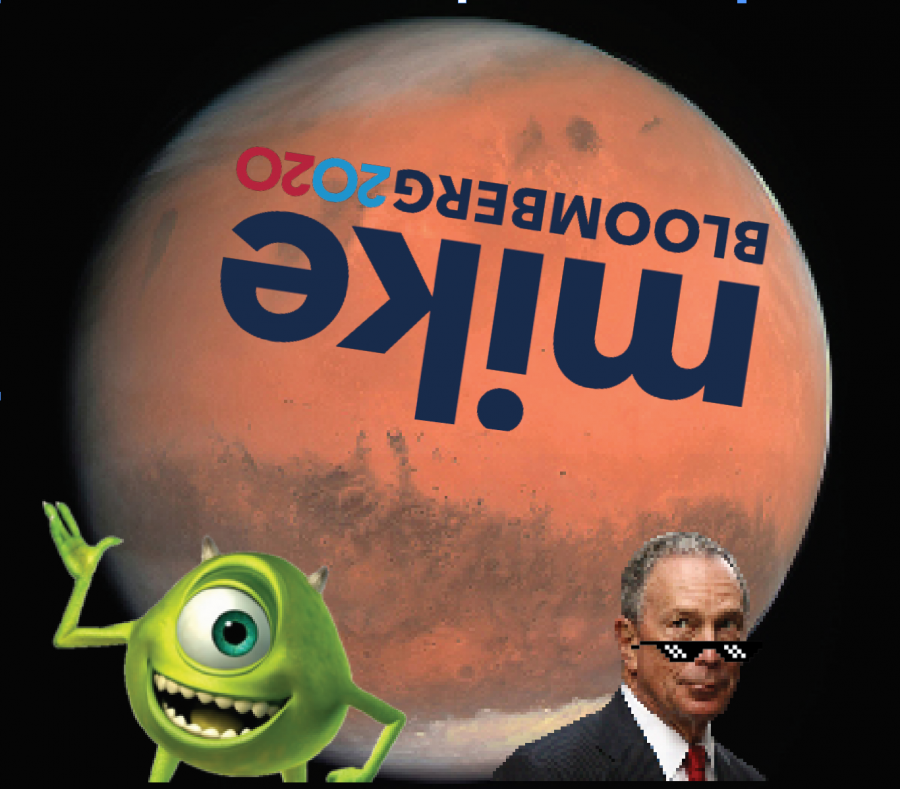 President Mike Blumberg, former shareholder of the moon and CEO of Apple Inc., recently bought Mars on April 69th in addition to his growing collection of extraterrestrial planets. His recent purchase of Mars has been met with controversy due to the famous painter, Ellen Musk, having called dibs on owning the planet first, and many are worried about the precedent that this purchase sets for other planets in our solar system, including Pluto.

Blumberg’s purchase of Mars is a direct result of the mental toll that his presidential campaign has put on his mind, due to his campaign not giving him enough time to satisfy his primal craving for investing in fracking in different countries as well as the criticism that he received for his communist reforms.

“I needed a way to prove to the haters that I was capable of owning something worth more than them and their worthless opinions,” explained Blumberg. “I can’t believe that they called me a hypocrite for trying to introduce communist reforms just because I’m worth a quadrillion dollars! I’m going to teach these people a lesson by sending them to the gulags that I’m going to build on Mars!”

However, despite these reasonable claims, Blumberg’s Mars purchase still drives concern amongst many critics. Blumberg’s mental health and intentions for humanity have always been under question, especially due to the infamous incident that occured last year in an interview on live television, in which he repeated his slogan “Mike will get it done,” for several hours without a shirt on, all the while smashing globes, ripping apart maps, and taking special care to make sure that Italy was fractured into smithereens. As a result, many believe that Blumberg’s intention with his purchase was to move to Mars in order to build a weapon of mass destruction that would annihilate the Earth.

Will Smuth, a well respected sports analyzer, has been especially vocal about these concerns, claiming that Blumberg’s purchase of Mars is the beginning-of-the-end of humanity, and that it was proof that capitalists should have been given the Dementor’s Kiss centuries ago. However, writers at Void, as well as other news outlets, were not able to get in touch with Smuth, due to Smuth seemingly disappearing off the face of the Earth ever since his invitational visit to the White House from Mike himself.

Blumberg responded to these concerns as well as the haters accusing him of turning on his homie Ellen Musk by beating Musk to buying out Mars first in an effort to prevent Congress from giving him an impeachment trial, along with paying those members of Congress an undisclosed amount of money.

“You know, I didn’t think that my homie Musk, or Muskie as I like to call him, would be too pressed,” said Blumberg. “And guess what; he wasn’t! He just said ‘Ayo, watch out, you’re going to get a surprise in your sleep one day’ which is such a nice thing to say!”

The consequences of President Blumberg’s purchase of Mars remain to be seen, since leading experts that estimate the economic and social impacts that this purchase will have have all mysteriously disappeared off the face of the Earth. However, the one thing this purchase proves is that no matter the adversity, and no matter the moral barriers standing in his way, Mike will get it done.