Peer Into American Murder: The Family Next Door 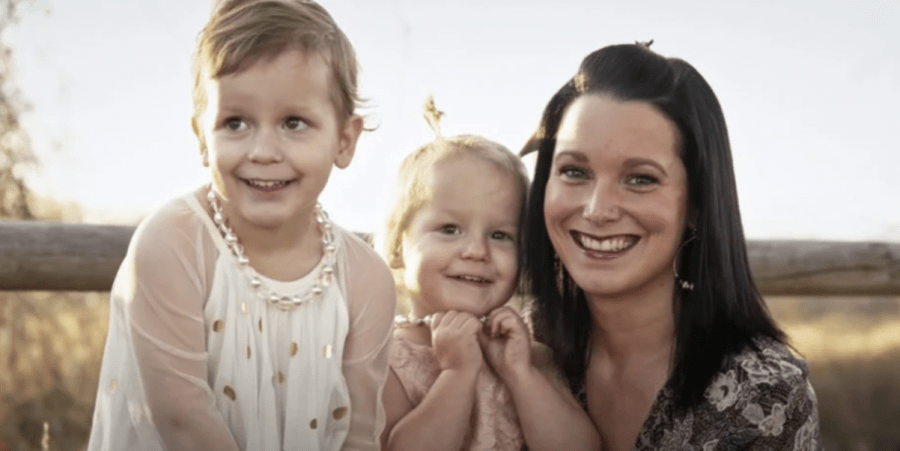 Shannan Watts and her daughters Bella (left) and Celeste (middle) grin happily in a picture at a family photoshoot.

The article below may contain spoilers!

American Murder: The Family Next Door, a documentary directed by Jenny Popplewell and produced by James Marsh, was released on Sept. 30 on Netflix, detailing the eerie story of the 2018 Watts family murders. In 2018, Shannan Watts, the wife of Chris Watts, and their two daughters Bella and Celeste went missing, but this documentary reveals how this unfolded into more than a simple missing persons case. Overall, the production team managed to skillfully weave footage into the timeline of the criminal investigation, effectively engaging the audience with interrogations, personal clips, and an emotional story that left viewers in shock.

The use of interrogation footage, police body cameras, interviews, and Shannan’s Facebook videos all worked together to make this documentary a holistic masterpiece. The film begins with a Facebook video of Shannan talking about how Chris saved her from her previous marriage and continued with similar videos of Shannan taking care of her daughters. These clips provide a “calm-before-the-storm” picture and make the aftermath seem much more unfortunate. The intense interrogation clips mixed in with these light-hearted Facebook videos create a sharp contrast within the documentary that left many viewers on the edges of their seats. The snapshots of body cameras and interviews make it seem like we are peering into an objective case file, when in reality, we are witnessing the events of a twisted murder investigation unfold.

Furthermore, this film did not reveal everything to viewers from the get-go. Evidence was provided through text messages, friends’ testimonies, and letters that their marriage was not as cohesive as it seemed on Shannan’s Facebook. In the film, arguments between the couple were released that raised the audience’s suspicion towards Chris dramatically. The spotlight eventually lands on the husband as viewers follow him through interrogations, interviews, and trials, all intertwined with videos of his daughters’ carefree laughter and innocent singing.

The documentary did well to include key details of the case, and all the twists and turns it contained. However, critics mentioned that Shannan’s financial situation was not included, which  could have revealed another motive for the murders. The critics speculated that although Chris used to be the main provider for the family, Shannan later got a well-paying job that allowed her to travel and become independent. This left Chris to take care of the children, which could have sparked jealousy and caused tension in their relationship. Although a minor detail, this could have also been included among the clips.

American Murder: Family Next Door reveals the investigation behind three unforgivable murders. It reminds us that although everything may seem plain on the surface, we never know what’s happening behind closed doors. The one thing we can be certain of is that Chris’s atrocious actions were punished by five life sentences, as shown at the end of the documentary. Overall, the film had an outstanding timeline with engaging footage documenting the family’s personal life and the entire investigation, and is definitely worth watching.