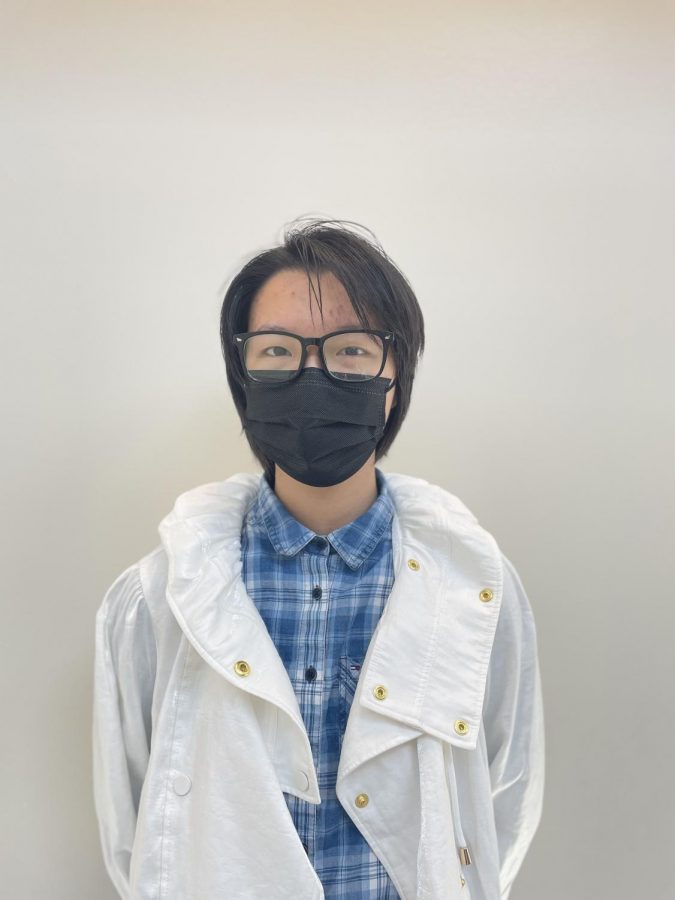 I started art when I was really little. The first art class I went to was when I was seven or eight, and I’ve been doing multiple different art classes ever since. The first moment I realized that I enjoyed art was during Christmas of my seventh grade year, when my dad bought me my first digital art drawing pad, a Wacom Cintiq Pro. Even though I was terrible at digital art back then, I only do digital art now, so that was a really big starting point for me.

I like to tell stories and believe everyone has a story to tell. Ms. Hallford always gives us the Barry Lopez quote about how stories take care of us and we shall take care of them, if they come to us. I can’t exactly write very well, but I can draw, and I like to draw comics and tell stories through that, or through single pieces. I believe art is a very powerful tool in telling stories because everyone interprets it uniquely.

I tried to tell a story with my AP Art portfolio last year, about how it doesn’t take everything to change the world. It’s more like a ripple effect, that slowly if you change yourself and believe that you are going to be the change you want to be, then you will ripple out to the people around you. We all know that only a few people could change the world in a significant way, but every day, every single one of us is changing the world. If we didn’t exist, the world would be drastically different. For that, I made a comic titled “Laconic Things,” as well as a sequel, called “Laconic Things 2.0” on Webtoons, which is available for people to read. It’s my way of trying to change the world, and alleviate the stress and sadness people feel, by making them laugh a little.

The drawing that sticks out to me most from my portfolio is “Fading Oasis.” The idea of an oasis in a desert is that you can change the atmosphere around you even, despite being in an arid climate. The oasis provides refuge, which is similar to how people can be an oasis for others around us. I think everyone should be an “oasis” to at least one other person. We’re all social people, so if we can find another person to lean on and depend on, then our life would become less burdenful. This piece is essentially a reminder to become the type of person my friends and family can lean on.

The reason why I decided to publish my art on Webtoons and Instagram is because of a comic outline I saw a few years ago. It depicted two people having the same idea, except one person put it out there while the other didn’t. The person who published it changes everyone around them, while the second person just stays stuck where they are forever. I thought, “Oh, I should be the person who puts my ideas out there because if I don’t, they’re gonna die with me.” It’s morbid to think about it, but we only live 70 to 100 years on Earth. It’s very short in the span of the universe. And I feel like everyone should try to do as much as they can, not only for the world, but for themselves, so that they don’t die with regrets.

It took me 3 to 4 years to create my own art style. At first, I found artists I liked, and picked out three pictures from each of them. Then I selected three favorite things about those images and tried to draw my own piece. I have a really distinct style because it’s a combination of what I like to do and whatever is really fast. It takes you trying and failing multiple times to find that one way that just clicks and you’re like, “I love doing it this way.”