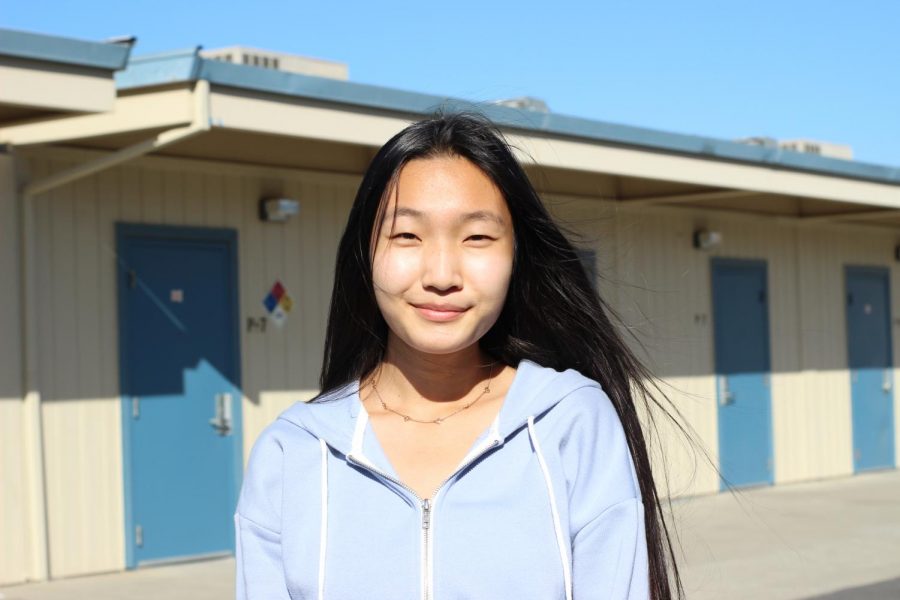 Initially, I didn’t have the idea to run for homecoming court, but I was encouraged by a few of my peers, as well as underclassmen. So I thought, why not take this chance to represent Irvington? As seniors, we have the responsibility of setting a well rounded example for underclassmen. It’s important to support others at school, even through simple actions such as reaching out to someone who is shy, and connecting with them through shared activities that our campus offers. Generating a positive impact, and adding to the community really does make a difference. As a candidate on hoco court, I hope to leave a lasting impression on the people at Irvington.

Involving myself on campus, I’ve pursued marching band and drumline, which has brought me closer to the people in the music program at Irvington. And this year, I was unexpectedly tossed into this leadership role that I’ve never been in before, but it’s fun and rewarding to teach freshmen the ropes of what we do. Having a busy schedule, and spending most of my time with my bandmates, I’ve become closer with them and formed amazing friendships. Additionally, being part of our school’s Peer Resource club for the past two years has been a positive experience. Providing a safe space for students who might be struggling with something academically or emotionally has given me a chance to give back to our community.

Undeniably, my favorite moment from highschool is getting back on the bus after every band competition, and sitting next to all my teammates. Although everyone’s a little sweaty, and the seats are a bit gross, there is a universal feeling of exhaustion and accomplishment amongst all of us. The competition at Santa Cruz is a memorable one because we are allowed to explore the boardwalk, and enjoy the beach. Although in freshman year I couldn’t go because of an injured finger, and then in junior year we were all in lockdown, this year it feels bittersweet to be going to my last Santa Cruz band event.

It is surreal to think that there are only a few months left of highschool, but I am most excited for second semester. Right now, there’s definitely stress surrounding college apps, which is the climax of our entire highschool careers, so I can’t wait to be more relaxed and free afterwards. Looking back, I think it’s important to build a support system. Of course, it may change over the years, but finding that one friend you can bond with, and rely on has helped me.   This could even be a teacher, or a family member. Most of us grow up independently, scared to ask questions and reach out, but you need to have something to fall back on.