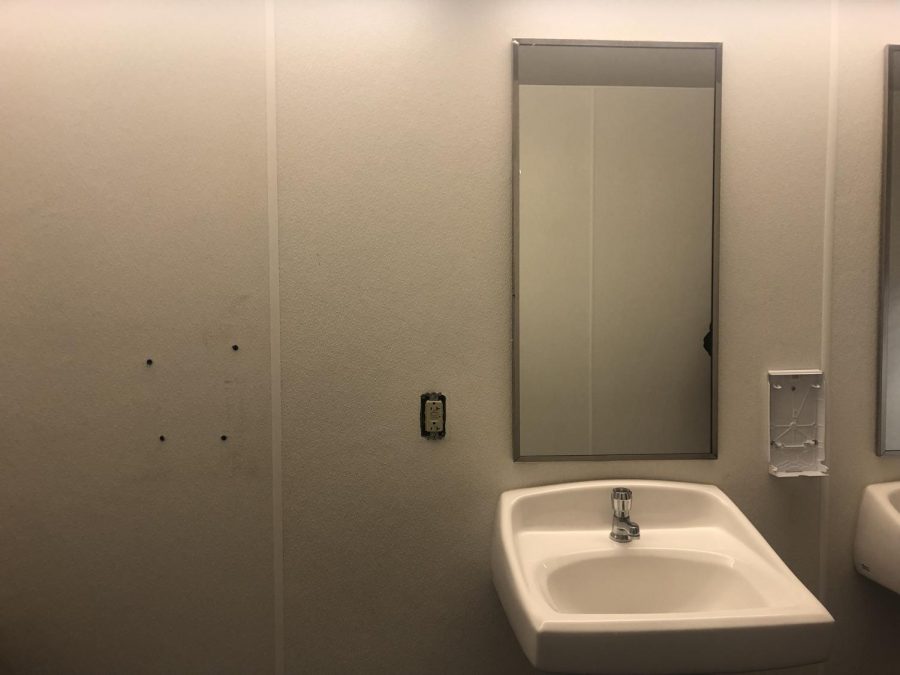 Devious Licks, the social media frenzy that morphed into everything from bathroom vandalism to arson, has affected numerous schools across the nation, including Irvington High School. Beginning on September 1, 2021, a TikTok user first posted a video of stealing a box of disposable masks from school, captioning it “A month into school… devious lick.” Since then, the hashtag “devious,” has gained over 235 million views, garnering both enormous popularity and backlash. Resulting in illegal activity and criminal charges, TikTok banned the trend on September 15th, as it violated their community guidelines.

Licks, meaning theft, have left many Irvington bathrooms without dispensers, and wall plates.

“For the most part, it’s the dispensers: soap dispensers, paper towel dispensers, toilet paper dispensers, etc. And in the attempt to remove some of the larger dispensers, many were unfortunately broken,” remarked Principal Ms. Chaney-Aiello.

While some students reported clogged toilets and missing mirrors as a result of devious licks, it is difficult to ascertain if these damages are a result of the trend.

“We do have a boys bathroom in the 200 wing that is clogged, but I don’t know if it’s because of devious licks, or because of old plumbing,” said Chaney-Aiello. “The mirrors, especially in some of the older sections of campus, are glass based, and pose a safety hazard in times of emergency, such as an earthquake. That’s why some of them were uninstalled, while the metal ones were kept since they are more malleable, and earthquake proof.”

Students at Irvington have also been affected by the trend: it has created inconvenience, and disrupted their learning environment. Many also hypothesize that students are incentivized to participate in devious licks for attention, and clout.

“The note on the entrance of the boys bathroom in the new building was graffitied, and ripped off, while the urinals in the bathroom near the pavilion are sometimes clogged with weird items,” mentioned Rahul Gajendran (11). 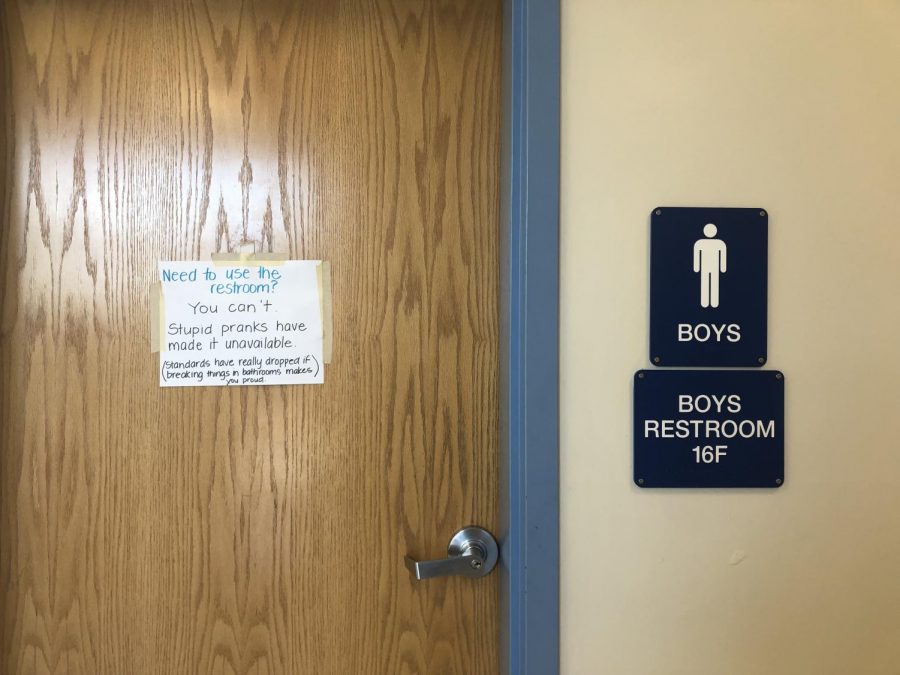 A note condemning Devious Licks is taped outside the boys restroom in the new building.

Others, like Arnesh Kumar (11), view the acts with disdain, given how they hinder hygiene and sanitation procedures.

While none of the students complicit in this trend have been identified, if found they could face serious consequences such as suspension, and beyond. According to penal code 594, destruction of public property is a serious offense, and can be charged with a fine, or imprisonment. To reduce the occurrences of devious licks and promote positivity, Superintendent Cammack and Principal Chaney-Aiello sent out a district wide and school wide memo, respectively.

“Please join us in focusing efforts towards the promotion of kindness and compassion. Our constant expectation is that our students will make safe and responsible decisions, in relation to [any] choices they face throughout the school year” wrote Cammack in a letter dated October 6th.

As parents are becoming more informed of the situation, some have expressed their concerns regarding the closure of certain campus bathrooms.

“One parent was worried about the bathrooms being continually vandalized, and how this would affect their student. It is definitely important that all the stalls are available, and functioning, as some students have mobility issues, and there is less overall hygiene if fewer bathrooms are in use,” said Chaney-Aiello.

Despite the collective frustration surrounding shut down bathrooms, most students have been understanding and patient, in terms of using other restrooms and waiting for repairs. With a shortage of district custodians, electricians, and plumbers, the Principal estimates a delay in restoring some bathroom features. While new dispensers have been ordered, other fixtures and maintenance will not be quickly resolved as there are only two plumbers for the entire district.

Fortunately, fewer incidents of the trend are occurring at Irvington, and across the nation a new movement has spurred: angelic yields. To counteract the defacement of devious licks, students are anonymously leaving toilet paper, and soap in stalls, or donating cash to schools. Whether this positive response will negate the harmful effects of devious licks is yet to be seen.