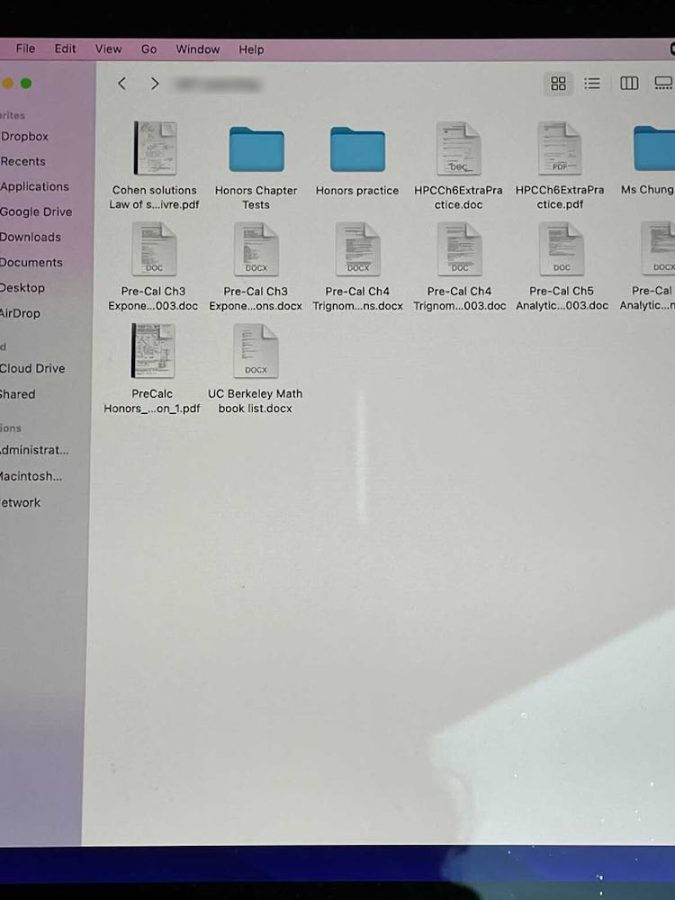 Academic dishonesty has become an increasingly prevalent issue inside classrooms, with both the methods of committing the crime and catching the perpetrator become increasingly complex; technology can track whether students have copy-pasted onto virtual tests or switched tabs to look up an answer, while websites such as Brainly and Chegg stockpile thousands, if not millions of test answers. As schools shift back to in-person learning, students are warned about another form of cheating: acquiring old exam papers from outside sources.

“By word of mouth ten years ago, I heard that people were using my tests or that they had copies of my test,” said Ms. Karen Lin, one of the AP Calculus and double-accelerated math teachers.  “At first, it was from American High school, which I didn’t mind at the time because they were simply studying from my material.”

However, students from Irvington soon got their hands on previous years’ tests from tutoring centers. This forces the teachers of the math department to either create new tests every year, or to allow students who have access to the tests from previous years come fully prepared with the answers for every exam.

“There are a lot of teachers that actually don’t give back tests,” said Ms. Lin. “It’s a lot of  work to have to come up with different problems every time, but it also hurts students when they don’t get their tests back. It upsets parents, because they don’t understand why their kids get a C or a B. All parents see is their kids studying at home and doing their homework.”

Teachers are taking measures to ensure that students understand that sharing tests is forbidden. Many students noted that Ms. Lin now has a disclaimer on all of her tests, affirming that it is not to be distributed to tutoring services. Such tutoring services often have compiled folders worth of tests and handouts from specific teachers. When asked about this by one of the assistant principals at the time, the tutoring services’ response was simply to send the superintendent’s office a cease and desist letter.

“One of my students, who worked for one of the tutoring centers, told me that they have a gigantic folder of my stuff,” said Ms. Anne Chung, another AP Calculus and double-accelerated math teacher. “So, my kid downloaded the folder for me. In the folder were my old tests and material.” Since then, more graduated students came forth to Ms. Chung, and explained how the tutoring centers would offer money in exchange for pictures of tests.

However, these tutoring centers were not the only sources of academic dishonesty—the issue remains prevalent. One method of cheating that Ms. Lin and Ms. Chung identified is how students were informing their friends in different periods of questions and concepts that appear on tests. Students in double accelerated and AP Calculus courses have confirmed that students in different periods will ask one another for test questions and answers

“When I grade papers is when I catch students,” said Ms. Chung. “Between each period’s tests, I’ll have questions that are very similar, and so sometimes you’ll have a student who copies another student’s exact methods for different questions. Usually I call the student out if I suspect that they’re cheating, and if they have been cheating, that kid gets a zero.”

Ms. Lin also cites other clues that may hint that a student is cheating—significant variances in test scores for instance—but also mentions that she often does not want to accuse these students of dishonesty in case “they did study three weeks in a row” to improve their scores.

“When they come into my classroom right after the first period finishes taking their test is a giveaway,” said Ms. Lin. “I don’t know how many students go to these tutoring centers, but I hope it’s not a majority.”