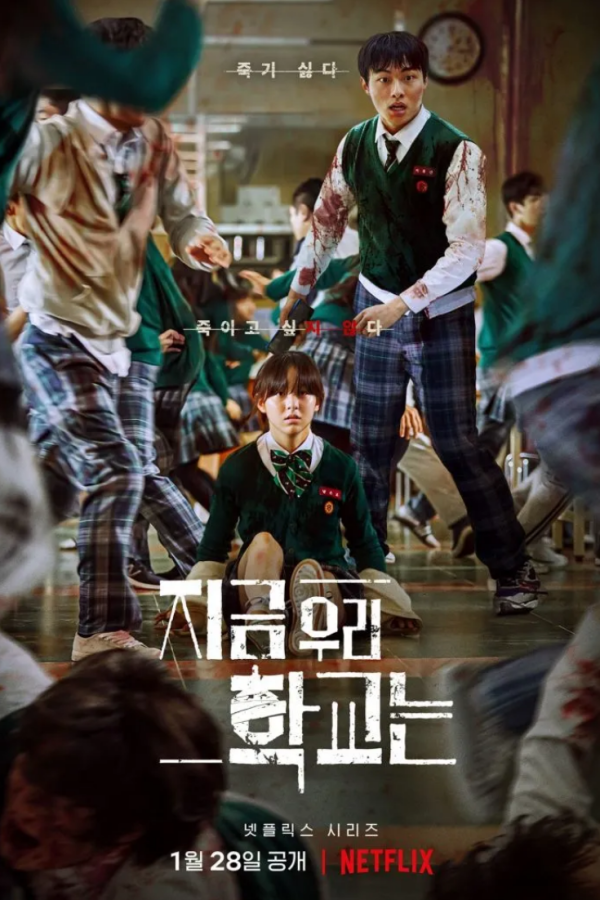 All of Us are Dead, a new zombie apocalypse K-Drama on Netflix, was recently released last month. The premise of the show focuses on a group of high school students who must escape from their high school after a zombie outbreak. While it follows the standard premise of a zombie apocalypse, the show manages to keep audience interest through the individual storytelling of each character, following their relationships and how they evolve throughout the show.

The start of the zombie apocalypse in All of Us Are Dead happens with a high school girl at Hyosan High School being bit by a rat and turned into a zombie. As the zombie virus spreads throughout the school, the students must figure out how to get out before they become infected. The story follows different characters throughout the city as they try to survive.

Unlike other zombie apocalypse movies or shows, All of Us Are Dead focuses on the relationships and individual personalities of each character. The actors do a splendid job bringing each character to life, such as Lee Yoo-mi’s portrayal of Na-yeon, the arrogant rich girl who prioritizes her own survival, or the bonding between Nam On-jo, the show’s protagonist (portrayed by Park Ji-hu) and her allies. Throughout the show, the bond between the characters developed as they experience grief together, which made the ending much more emotional.

The set design of the show was particularly impressive to me as well, with the way the school starts off as a clean, bright, and vivid set, and becomes duller and darker as the show progresses, creating an effect that makes it appear that the virus spreading throughout the school is affecting the very location itself. The camerawork is clearly thought out as well, focusing on the whole set rather than an individual character in many of the fight scenes, allowing the addition of more elements to showcase the chaotic nature of each scene.

While the writing of many of the characters is excellent, as is the pacing of their character development, it was clear that the writers put more effort into some characters rather than others. This goes for the storyline as well: there were many different conflicts happening at the same time, and some weren’t fleshed out as much as others. Even though this casual dismissal of certain plotlines showcases how quickly some events pass in the face of other issues, it’s still a bit dissatisfying to sit through and wait, wondering why certain scenes are never addressed.

Overall, All of Us Are Dead is an excellent show for those who enjoy thrilling, gory, media. At the same time, be prepared to have a tissue box by your side because of how tragic and emotional it is.