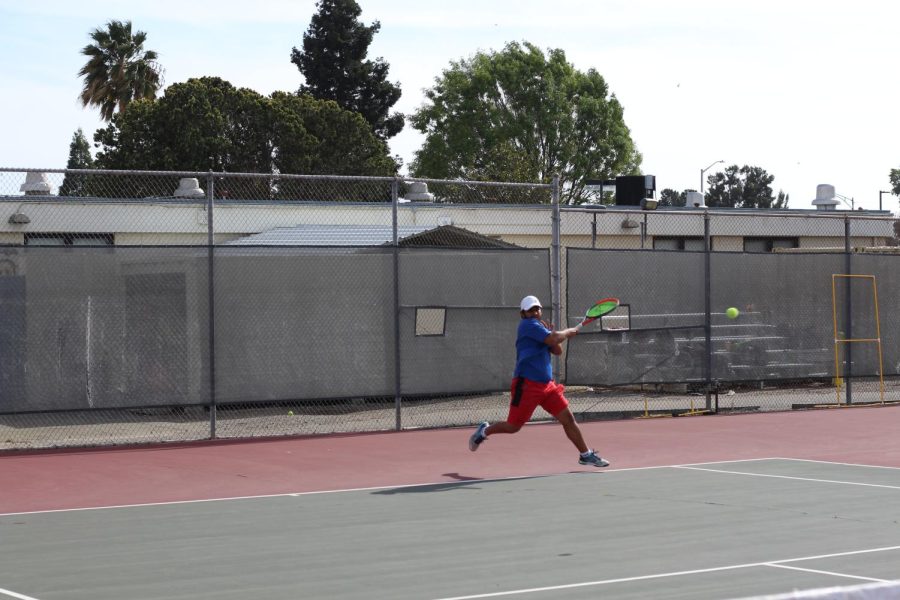 Irvington’s Boys Tennis finished the spring season on April 13th, 2022 with a 5-7 record. Despite the losing record, many matches were very close in the third set; the team also had a significant improvement in their performance over the course of the season.

“I think overall it was definitely a fun season,” said team captain Aryaman Gautam (12). “I think we wanted better results, but we came very close several times and it just came down to one or two matches that needed to be won, that we didn’t.”

The team had an unsuccessful start to the season with multiple losses, including one unexpected one against Logan High School. However, the tide definitely turned in the second half of the season, after Irvington had extremely close matches against American High and Washington High. Eventually the team started securing multiple wins, including a convincing 5-2 victory against Logan High School on March 30th.

“I think we as a team played better as the season progressed,” said Adhik Sivakumar (11), who plays in the doubles format. “Even though some of us had a difficult time getting over mental hurdles when the pressure to win was high, we improved many aspects of our game, especially with guidance from our coach Barry Poole.”

Players also had a better playing experience this year because unlike last year, players did not have to wear masks during the game.

“Last season, masks were required, so it restricted your breathing a little,” said Gautam. “So this year was much more fun and enjoyable than last year.”

The last match of the season was against Mission San Jose, the most formidable opponent out of all the high schools. Although Irvington ultimately lost, each match came very close, so the team still felt proud that they ended the season providing tough competition to Mission’s team.

“Now since our varsity singles 1 Aryaman, and our varsity 1 doubles player Sunny, are leaving, we have to step up our game for next season,” said Sivakumar. “Many of us plan on practicing frequently over the course of this year, because we want to be a formidable team.”

There is no doubt that Irvington has the resources and personnel to be a great team next year , and we look forward to their upcoming season.