The Sun Is Also A Star, and is also an overbearing flop 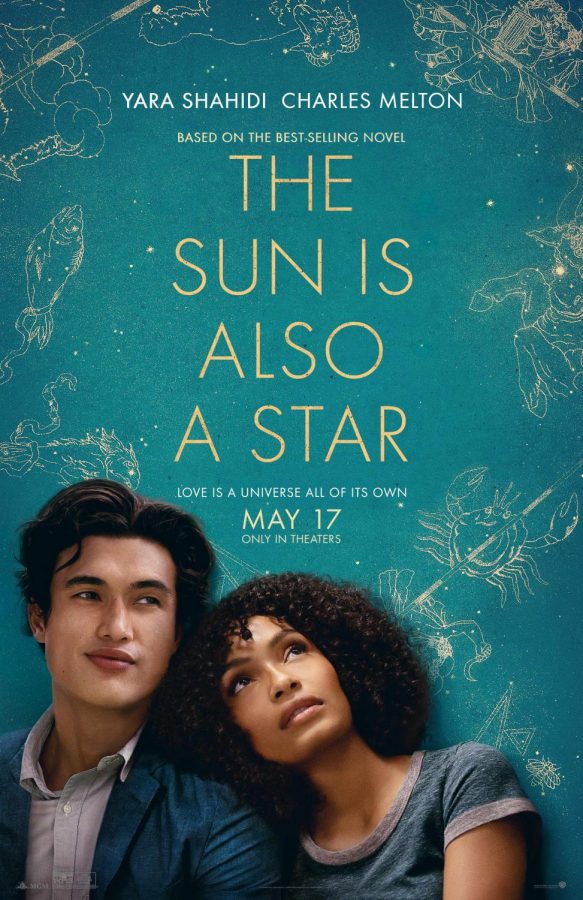 One of the film’s few strengths was its aesthetic depiction of Manhattan’s cultural vibrancy.

Deus ex machina. “God from the machine” in Latin. It’s basically known as the frustrating, contrived plot device that miraculously solves all the plot dilemmas…and it’s exactly what connects The Sun Is Also A Star’s leading “couple.” That is, it’s the phrase emblazoned on leading lady Natasha Kingsley’s (Yara Shahidi) varsity jacket, and literally causes leading man Daniel Bae (Charles Melton, of Riverdale fame) to drop everything and pursue her across New York. All because he writes that same phrase in his poetry.

Adapted from Nicola Yoon’s 2016 New York Times Young Adult (YA) bestseller of the same name, Ry Russo-young’s teen drama film unapologetically uses this type of heavy-handed storytelling, scattering similar cliches throughout its 2-hour run. The result is…mixed, I would say, as I do end up feeling some level of guilt for mostly cringing at the blossoming one-day romance. But despite some efforts to be meta about its premise (hence the deus ex machina), “The Sun Is Also A Star” is still a mostly cringe-worthy ride.

Let’s first start with the positives, though. The film is absolutely picturesque: the editing is sleek, the cinematography genuinely captures the cultural vibrancy and diversity of Manhattan (at least to the non-local), and the leads can even be considered eye candy (even if they don’t hold a candle to Asian drama visuals). It does feel very “Gen Z” (or at least what the mainstream media perceives as “Gen Z,” anyway), what with its glossy, almost Instagram-filtered tone, but it’s not necessarily a bad thing and makes for some pretty cool editing.

The writing, though, is where the film sort of just falls apart. Yara Shahidi’s Natasha is certainly charming, but I personally can’t comment on the acting, mostly because our lead characters, much less any of the side characters, lack any depth beyond the most paper-thin of personality traits. The film perhaps tries to win us non-believers in through Natasha, a pragmatist with a passion for physics who dismisses “love” as hormones—that is, until she falls for the romantic Daniel, somehow. With characters that fall flat, then, I find it nearly impossible to feel any chemistry between our leads.

And for a film set in a very politically charged climate—Natasha’s Jamaican family faces imminent deportation from the U.S. following an ICE raid at her father’s workplace, and Daniel is pressured to pursue pre-med at Dartmouth—the climax feels practically non-existent. Despite the time the film spent delving into both Natasha and Daniel’s immigrant families, any drama that comes out of the film feels largely contrived, with racial stereotypes and cliches that we’ve already seen so many times before.

“The Sun Is A Star,” I will say, was certainly created with good intent—only in America does a Jamaican and a South Korean immigrant find love, though probably not through persistently pursuing a girl to make her fall in love. But while the film had the potential to endear me, or even present a romance mired in very relevant, present-day conflict, it falls short on nearly all accounts and drowns whatever story it has in overbearing, unbelievable corniness. At the end of the day, the film is not something that I’ll bitterly roast, but rather a mediocre and forgettable drama film.