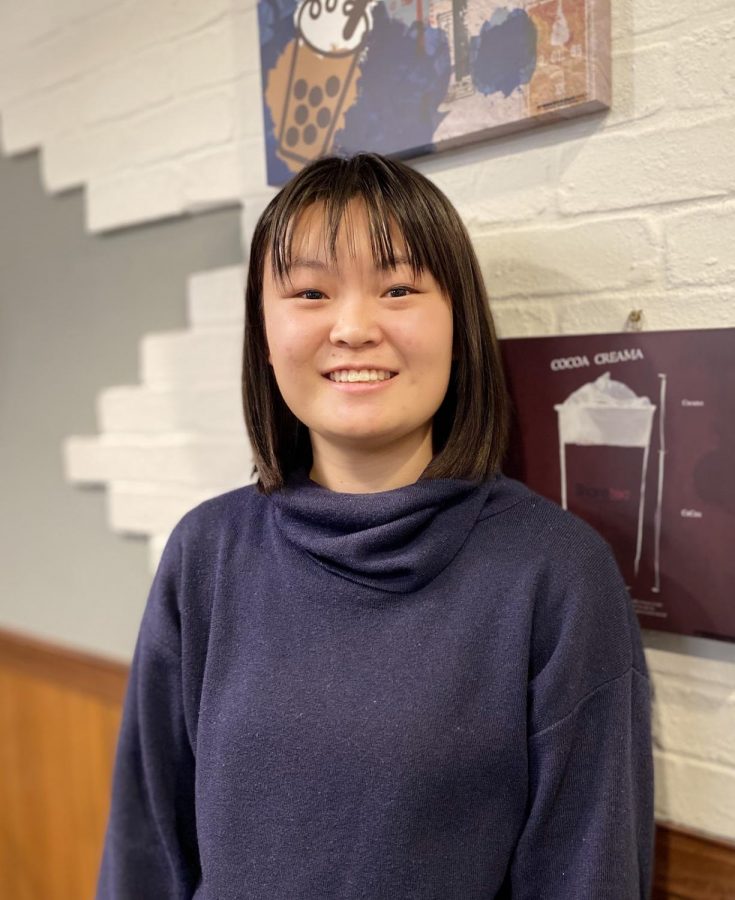 Ema Sun (12), a student at Irvington with Japanese heritage

Omisoka is a traditional Japanese holiday that takes place every year on December 31st. Originally used to honor the Shinto gods, which the Japanese worshipped, Omisoka is now a way of spending with family and hoping for luck in the coming year.

“Omisoka is basically the Japanese version of New Year’s Eve. Most countries have their own versions of it which they celebrate, and the Japanese type has its own unique elements as well,” says Ema Sun (12). “There’s a lot of different types of food that we eat during the holiday, and they’re usually representative of good luck for the coming year.”

Toshikoshi soba, a type of buckwheat noodle usually served with broth and sides like veggies and fish cake, is one of these traditional foods served during the holiday.

“Toshikoshi is a bit of a play on words of a sort,” explains Ema. “Toshikoshi also means to pass the new year, so we use it to signify that the New Year is coming to pass.”

Many families create their own traditions that add on to existing ones during Omisoka, such as eating rice cakes, cleaning out the house, and visiting shrines.

“My family personally eats something called sukiyaki, which is kind of a hot pot styled meal, during Omisoka, and it’s more a family tradition rather than a whole thing that Japanese people always do,” Ema says.

Sukiyaki is a popular winter dish where raw foods like mushrooms, beef, and vegetables are cooked in a boiling pot full of soy sauce, sugar, and rice wine. Tofu and noodles are often used to soak up the remaining broth, and the end result is a delicious, hot meal.

Although Ema and her family visit Shinto shrines while in Japan, it’s mostly done to celebrate the culture rather than religion that these temples represent.

“It isn’t something that specifically happens on Omisoka, but the next day me and my family would go to the first shrine (like a first pilgrimage) of the new year. It’s called hatsumoude, where we ask the Japanese gods for the fortunes of the year. We’re not all that religious so it’s definitely more of a cultural thing, but we still do it whenever we visit Japan.”

Ema also reflects on how celebrating this holiday has changed for many children of Japanese immigrants.

“Honestly, ever since my family moved to America from Japan we [they] really stopped celebrating Omisoka as much,” explains Ema, “but I’ll be celebrating it really soon because I’ll be going over to Japan during winter break to celebrate it with the rest of my extended family.”

Omisoka may have lost its religious meaning, especially with some second-generation Japanese families who have settled in America, however, Omisoka continues to hold cultural importance in the Japanese community, as it is celebrated at the end of every year with family.