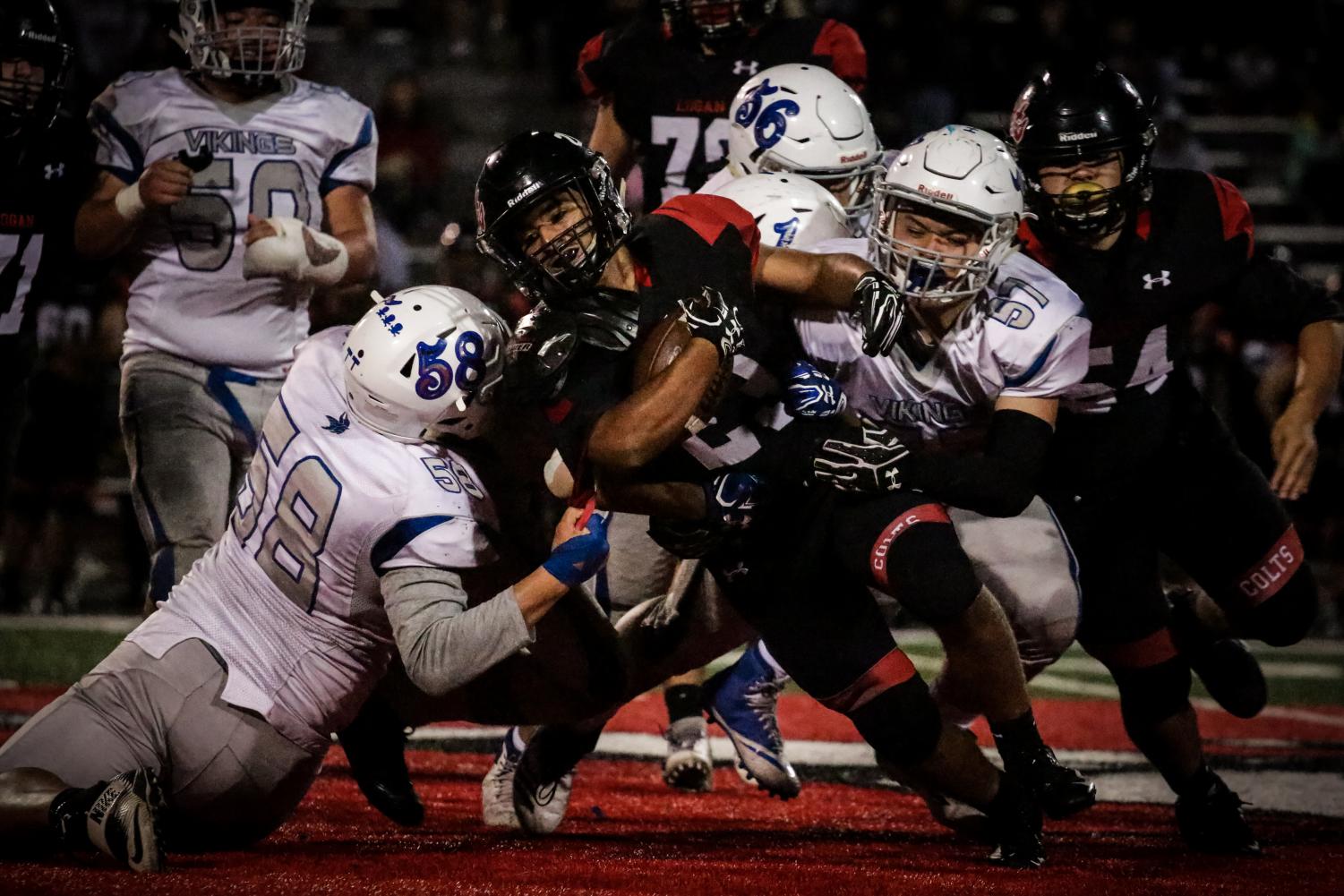 The Irvington boy's football team tackles a James Logan player with an impressive show of defense.

The Irvington boy's football team tackles a James Logan player with an impressive show of defense.

Despite vigorous efforts by Vikings football on Friday, Oct. 5, they were unable to withstand the brute force of the James Logan Colts, resulting in a stunning defeat of 7-55. With the pivotal game being Logan’s homecoming game, the stadium energy was vibrant, and the stakes were high for the Colts who were coming into the game with a 4-3 record. While the Irvington team had some diamond-in-the-rough moments including significant yardage from kick-offs and better defense in the third and fourth quarter of the game, their little slip-ups ultimately cost them the game.

“In the first half, we came out there hoping for a better outcome but sadly, that didn’t happen for us,” said  Elnaggar. “I don’t think some of our defensive players, especially in the defensive backs area, weren’t very prepared to play James Logan. They just have a lot of support and culture [there].”

Going into the second quarter, the Colts led 21 to 0, and Irvington had already accumulated 3 penalties.  However, the Vikings’ defensive line showed serious skill. As Logan experienced 2 more false-start penalties, Irvington took advantage of the momentum and recovered a fumble with 7 minutes to go. Irvington’s Jonathan Santos (12) scored a touchdown, putting Irvington up on the scoreboard and reinvigorating the crowd with energy.

When asked about how it felt in the moment of making the touchdown, Santos said, “All I know is that I wanted to do it for my team.”

While the Colts were able to score 42 points in the first half, Vikings’ defense strengthened, and the Colts only made a total of 13 points in the second half. The team played the ball at the line of scrimmage and was more successful at getting off blocks and setting the edge. This was a result of strategy changing on behalf of Irvington during halftime.

“We switched up some of the responsibility on the line and some guys instead of crashing our DNs, we had them sit. We played better on the inside of attacking the mesh and the RB on the zone read,” said Coach Matt Kaufman. “There was still too much yard, not getting off blocks, not making tackles on the holes and so those are things that next week we’ll continue to address.”

In the end, however, these changes were unable to make up for the lack of scoring at the beginning of the game.

“We’re a young football team but week in and week out we come, we practice and prepare in the way we need to. It’s just little mistakes that keep killing us out there,” said Kaufman, “Our strengths are the senior offensive line, we continue to run the football well behind Jonathan Santos. And that’s something that we just need to continue to build off on, finish more drives, and put some more points on the board.”