This year’s Oct. 27 CCA Zombie Run suffered from a low turnout, with only two groups that participated. The two teams of five and two people were pitched against various obstacles, such as rope climbing, tire flipping, and hurdle activities. CCA students dressed as zombies and helped participants with completing obstacles, along with several Spartan Training coordinators.

The Zombie Run was heavily publicized by the CCA through posters and the “Thriller” dance in the Homecoming Rally, but there was a notable lack of participants.

“I feel that we planned this one better, but we had a better turnout in the previous runs,” Ms. Avon, English teacher and Zombie Run organizer, said.  “We had more participation in previous runs from community members through Spartan Education, and we also had a lot of staff members. We thought people would be in the Halloween mood, but I think they had other plans.”

Mr. Mintey attributed the low turnout to ASG’s lack of enthusiasm about the event.

“It would’ve been nice if ASG had helped with promotion,” Mr. Mintey, the Sculpture and Ceramics teacher and department chair of CCA, said. “What could ASG and the school have done to support an Arts Magnet event— to actually promote and encourage and participate in those kinds of events?”

Mr. Willer proposed a reason for this the lack of participation was largely due to the representation deficit of CCA in the student government and vice versa.

“What hurt the CCA is that they don’t have a lot of representation in ASG,” Mr. Willer, head of ASG, said. “For example, for sports games, sports that have people in the leadership class get more support from ASG on their Senior Night, whereas sports that don’t have anyone in ASG don’t know their options, so their support from the student body is limited. That’s why it’s really important to get more people involved in our leadership program.” More representation in student government would mean more exposure to and easier communication with concerns of said group.

Overall, the Zombie Run was a disappointment for the CCA, who had spent around a year planning for the event after it was postponed from May of last year. According to Mintey, the low turnout of participants may mark the end of the event altogether.

“It’s not so much the money from the event, but about having people here and actually participating,” Mintey said. “If no one’s here to participate, whether the event has costs or is free, then what does it matter?”

Despite the lack of numbers, many Irvington students, community members, and staff enthusiastically engaged in and enjoyed the event.

“While the event wasn’t a success, seeing students get through the course and trying to help them and somewhat scare them as a zombie was a really great experience,” CCA student Alonzo Ramirez (12) said. “I wish there was more participation from [Irvington] students.” 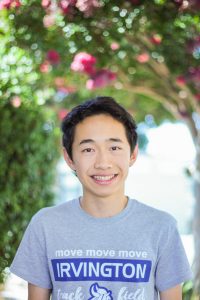 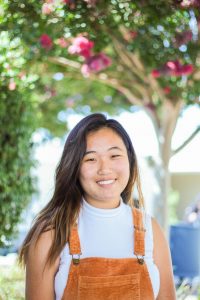 Emily Liu, Photojournalist
Emily (12) is the photojournalist and news advisor for The Voice. She enjoys capturing the artistic side of humanity with her literary arts magazine, ZOOM. In her free time, she loves to take photos and horribly edit them (according to Michael), in an attempt to clear the skin of her clients. Don’t listen to Michael and please hire her for photos. Her favorite tea is honey lemon.