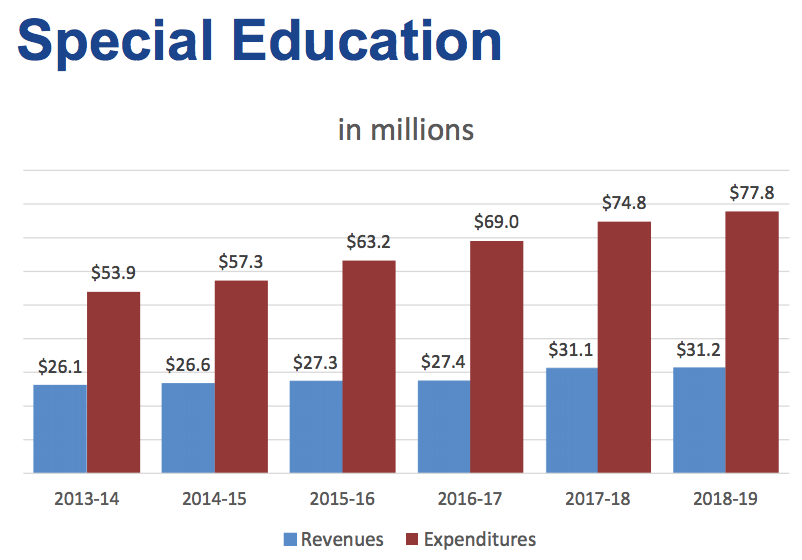 The growing costs of special education, coupled with the increasing pension costs, have burdened the district to cut 13 million dollars in order to balance the 2019-2020 school year budget

In light of declining general education enrollment and an increase in both special education costs and pension, FUSD Board of Education voted to approve $12.86 million budget reductions at the recent board meeting on May 22. These budget reforms come as a result of California Education Code, which requires school districts to maintain a 3 percent reserve in funds. The initial budget reduction recommendations involved increasing class sizes and cutting supplementary education programs, drawing widespread public backlash from educators and students across the district.

According to FUSD’s Business Services Department, over the course of the past several years, the special education deficit has increased dramatically by an average of 12 percent annually. In addition to the increasing costs of special education, the district is also facing an economic burden in terms of financing increasing pension costs, a trend not unique to Fremont itself. Across the state of California, pension programs have cost on average about 8 percent of district budgets in 2017-2018 and are expected to cost 11 percent in the 2020-2021 school year. Due to these increasing costs, the district did not have the necessary funds for the 3 percent reserve; in order to meet this benchmark, they must cut $14.1 million.

In efforts to combat this, FUSD crafted two specific recommendations. The first recommendation increases class sizes for grades 1-3 students from 24 students per class to 28 students, saving $2.64 million. Despite this major savings for the budget, many educators across the district believe that this approach will harm younger students’ ability to learn and transition to elementary school. Without as much individualized attention, some teachers and parents fear that Fremont students will be put at an academic disadvantage early on.

However, the district does believe that this transition will benefit schools by reducing overload within the district.

“If we increase class sizes, it creates more seats in overloaded schools to the extent that we will be able to accommodate 100 percent of next year’s first, second, and third graders at all schools except for Harvey Green, Forest Park, Millard, Glenmoor, Niles, and Parkmont,” said Interim Associate Superintendent, Russell Miller.

In addition to increasing class sizes, the first recommendation would eliminate transportation services for general education students from home to school, including school busses. Furthermore, the District also plans to reduce discretionary spending by 15 percent. This discretionary spending involves money spent on supplies and services. Opponents of this recommendation believe that under-enrolled schools like Blacow Elementary will be further under-resourced because the discretionary budget is allocated based on enrollment.

“Blacow has one of the smallest home enrollment areas in the district with almost no options for development,” said Blacow parent, Amanda Pitman, at the recent district meeting, as she advocated for redrawing school boundary lines. “The number of students at a school should not determine equal access to resources and educational opportunities, especially in state-required subjects like science. You have schools like Blacow that are under-enrolled and underserved by our district. Fremont students deserve equal quality in education.”

The second recommendation involves a variety of approaches, mainly collapsing under-enrolled AVID programs and eliminating Ohlone’s College Connections. College Connections is a dual-enrollment program with Ohlone college, allowing FUSD seniors the ability to take classes in their traditional high school from 8 AM to 12 PM, and then take classes at Ohlone for college credit for the remaining portion of the day. Historically, this program has helped students who would be first-generation college students as well as students who want more exposure to higher education within high school.

“Experiencing college like this promotes the student’s ability to communicate effectively, take responsibility for themselves, solve problems, and think independently as they maneuver through the college setting,” said Becky May, College and Career Advisor at Kennedy High School. “College Connections is a great equalizer, allowing all students, regardless of their financial status or parental education level, to access higher education.”

“The program is a great platform for students to express what their career path is. I don’t know what I want to be,” said Shreyas Prasanna (11). “But being in community college gives you the time to explore. Irvington as a school has a lot of prerequisites and if you don’t meet them, you can’t take the course. [Ohlone College Connections] allows you to take classes that you can allow you to delve into your career path.”

Moved by the speeches and advocacy of current and prospective Ohlone Connections students at the board meeting, the district board of education voted against cutting the program out of the 2019-2020 budget.

While several student representatives from clubs like DECA and FBLA spoke at the recent board meeting to request the district not to cut funding for ROP classes, board member Larry Sweeney and Superintendent Kim Wallace clarified that the budget cuts would not be affecting CTE classes—career technical education courses which are required in order for students in these clubs to compete at conferences.

At the May 22 district board meeting, board members proposed alternate ideas to the current recommendations in efforts to prevent students from being adversely affected by the budget deficits. Board member Larry Sweeney advocated for textbook adoptions to be frozen until the balanced budget could be achieved. On the other hand, Vice President Desrie Campbell asked why district employees or board members were not engaging in strategies such as furloughing—a set time period where employees do not work and do not receive a wage, while still ensuring job security.

In response, Superintendent Wallace brought up past budget reforms at the district office level.

“We made 23 million dollars worth of cuts in 2017-2018 and that’s when we really started at the district office level and reduced positions here first,” said Wallace. “This is where we are today after not resting any of our 23 million dollars cuts that have never been brought back. This is the most difficult time to make cuts because we’ve already done most of the high level cuts.”

At the next district meeting, the Board of Education will vote on the next budget cuts to compensate for the $1.24 million still needed to balance the budget. 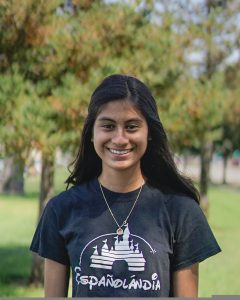