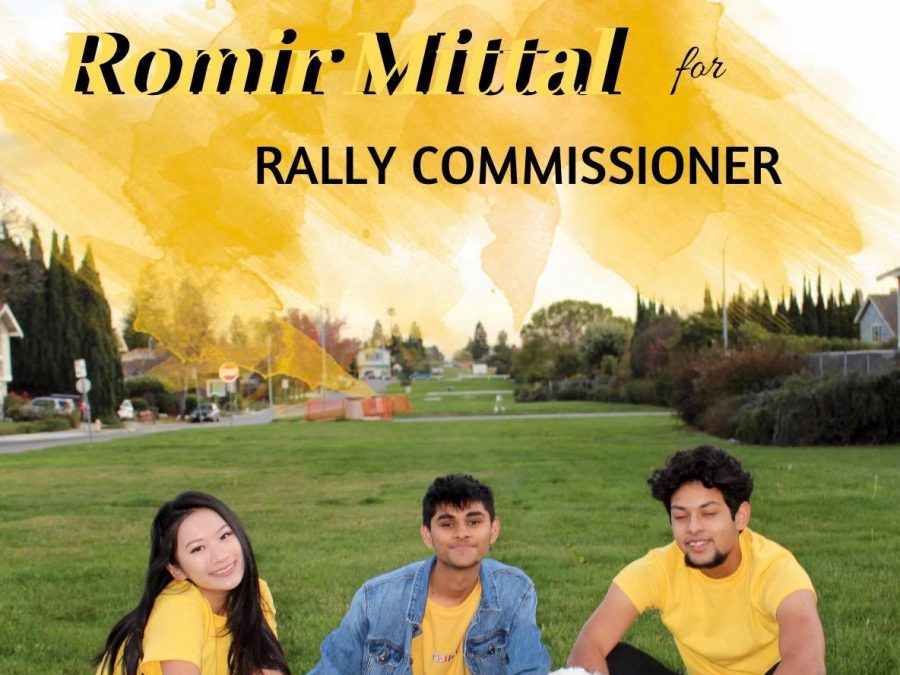 “I will try to make the impossible possible.”

For those in a hurry,

Geoffrey: Why do you think you are the best candidate for RC?
Romir: I believe that all the characteristics a rally commissioner should have is one: they should be extremely social and extroverted to reach out to people and get people involved in school to make Irvington more united; two: they should always be hyped and that’s the one word that comes to mind when you think of rally commissioner, if they’re excited and make things exciting for everybody; and last, creativity; everyone has their quirks that make them unique, and each RC needs something like that. I think that because I’m able to think outside of the box. For games, for example, if there’s something that is impossible, I will try to make the impossible possible.

R: Compared to the past couple of years, I think that our RC this year Yohaan has done a better job than our RC last year. We had so many repeated acts last year, and as a school, we have so many aspects, so we should be trying to reach out to different clubs and groups and incorporate them into rallies. I think this year, we’re doing a much better job, and we aren’t repeating acts throughout the rallies. But something I would like to improve on is to increase inclusivity and hype with the students in rallies. The main people participating in rallies are the people sitting in the front, but the people sitting near the top just don’t care and are on the phone. We need more acts and games to involve people at the top to get everyone involved.

G: You mention that some people aren’t as involved in rallies. Juniors and sophomore tend to be in that group, so how would you involve these classes to be more spirited in rallies?

R: So for freshmen, they are excited for high school life so they participate. Seniors, they try to participate to celebrate their last year at Irvington. But for juniors and sophomores, they’re so swamped with academics, they’re taking APs, studying for classes, preparing for SAT/ACT. So I think we should include more relatable skits next year, like a performance around the SAT/ACT, and how juniors don’t want to take it. If it’s relatable, more people will likely enjoy it.

G: How would you increase school spirit?
R: The rally commissioner’s job is not restricted to just rallies, I think it’s their responsibility to build up spirit outside of rallies as well. That only happens if the RC outreachs and meeting new people to get them excited. We have so many cool events as a school, and just giving out small things like stickers (that don’t cost that much) to make people think “Wow I got something from the rally commissioner” for an event that hasn’t even happened yet, that increase people’s spirit for those events.

G: How would you try to involve more teachers into your rallies?
R: We all like seeing teachers in rallies. For example, you and me, we had Ms. Pang last year, and she has her quirks. If all the students who have a teacher see their teacher performing at a rally, that helps make rallies so much more engaging. Two things that are important to building spirit is competition and creativity. Competition helps build spirit because everyone wants to fight to get that number one position even though you might not get a physical prize.

G: Anything else you would like to tell the school about your campaign?

R: Hi, my name is Romir, vote for me for RC because I am probably the most qualified and most creative and most out of box thinker and I could provide the school with something they’ve never seen before. Also, check out my website at tinyurl.com/rm4rc.