Colleges are Dumping the SAT and ACT. Are These Changes Helping or Hurting Students?

“You snapped, sis,” commented one angry student under a post Collegeboard made regarding the upcoming SATs. “Do your neck next.” Most students have felt some sort of resentment towards the standardized testing system, be it because of the way it disproportionately benefits students wealthy enough to afford tutoring or because they just don’t want to study. While colleges have long been moving towards reducing the emphasis placed on high standardized test scores to get into college, the University of California has made one of the most drastic decisions of recent years: choosing to eliminate the SAT category altogether. While many people are upset about this decision, this anger is misguided due to flexible testing strategies having already benefited applicants at NYU and UChicago, and how disregarding the SAT will help reduce the disparity between upper and lower classes when it comes to college applications.

Many colleges already have flexible testing strategies that benefit students applying by giving them other methods of demonstrating their intelligence. Prominent universities such as NYU, University of Chicago, and University of Rochester (link) are some of the most prestigious of those who are more flexible when it comes to standardized testing scores. Flexible testing strategies are when colleges allow students to opt out of submitting the SAT for their college applications, instead choosing to submit AP test grades, subject test grades, or even not submit tests altogether; students at the Tisch School of the Arts at NYU, for instance, submit an example of their work as an artist, be it a portfolio of their pieces or an audition In the end, this enables students to show actual strengths and abilities, not just how good they are at memorizing a testing formula.

Secondly, eliminating mandatory SAT testing scores will allow lower-income students a more equal opportunity of getting into a good college. A 2015 analysis of SAT test scores, done by Inside Higher Ed, revealed that the lowest scores in each of the three sections (Reading & grammer, math, and writing), came from students living in households with an average family income of less than 20,000$, while the highest scores came from students in households that make 200,000$ and up. Part of this disparity arises from the extensive resources available to the higher-income students: tutoring, practice books, and online programs, which all guarantee higher test scores but also have higher prices. Low income students may find it difficult to achieve similar levels of success because they can’t afford the same level of tutoring. Some may even have to take care of siblings or work after school, stopping them from being able to study as diligently. Eliminating the SAT requirement will eliminate this disparity to an extent.

Many people are upset with how “sudden” the changes seem to be, but considering the fact that the first year that the SAT will be disregarded is in 2025, the long-term plans of the class of 2025 should not be greatly affected. These students are in sixth grade now, and will be juniors in the years 2022-2023, so the majority of them have not yet started to prep for the exam anyway. Students from previous classes have even less to worry about, since these changes would not be implemented until they have already applied for college.

In conclusion, the upcoming changes to the SAT are indicative of an overall dismissal of standardized testing in general, something that both parents and students have been advocating for for years. With the elimination of SATs and other standardized testing options, value can instead be placed on the students leadership, extracurricular activities, as well as their passion for their chosen field of study. This will also reduce the divide between wealthier and less wealthy families when it comes to college admissions. In the long run, eliminating standardized testing will benefit colleges & more importantly, the students applying and attending. 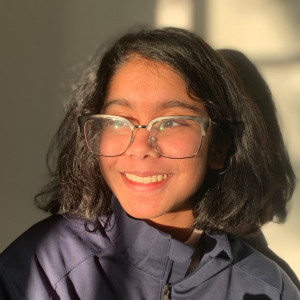 Geetika Mahajan, Humor Editor
Geetika (11) is this year's humor editor, which she owes to obsessively watching SNL as a middle schooler. Her hobbies include baking cakes at one AM, watching sitcoms, and befriending stray cats. In her free time, she can be found scrolling through zillow and apartments.com, getting emotionally attached to studios & lofts in New York City.

Recent SAT changes have not only made the college application process more difficult but have also put more stress on students to perform better. It removes some incentive for them to work harder and come as a big blow to many planning to take the test. A completely unprecedented change that comes as a great shock to many, the decision has not been taken seriously enough, considering the plight of many students. The pandemic has put a great deal of stress upon many already and making SAT tests optional further complicates the situation. With a greater number of students competing to get into top colleges and the growing need to have a diversified application, the SAT is still needed by many and is a major factor into the application process.

The changes put students who are currently studying for the test or studied for it at a serious disadvantage. According to CollegeBoard, more than 2.1 million students in the class of 2018 took the redesigned SAT, an increase of 25% over the class of 2017 According to Chegg, students need to put in at least 50-60 hours for the SAT. However, this is assuming that they start a score like 1350-1400. Many start lower than this score, which could mean putting more than 100 hours into studying.. In the table below, you can see in detail how much students spend on the prep material as well. This data shows that they could spend up to $8000 if they need a lot of support and do not have much time! Although some students use books and carve out their own time, it is not possible for everyone. According to Collegeboard, a majority of students take the SAT in the junior year- the most important and turbulent year of high school. Therefore, they might not have time to sit down and study a couple of hours a week. This is why some use prep classes in summer or on breaks to get some intensive studying done. Recent changes come at a huge blow to these students, who invested money and time into their future and now cannot use it. Now that UC’s have even voted to not consider the test in application processes, and over 80% of centres since August have cancelled tests due the pandemic, students are more discouraged now more than ever to even take the test. It seems that studying for it is completely irrelevant considering that unpopularity of the SAT has hiked since the day it was made optional.

Secondly, college applicants lose a possible edge that they had and now have to work harder and take on more load to compensate for it. New York Times reports that half of today’s high school students have an A- average! It feels like getting an A puts you ahead of the competition, but this data says that you might just be on par with most. This is further complicated by the fact that an A from a school that offers honors and APs is a lot more valuable than from one that only has common placement classes. These unfair distinctions are a result of socioeconomic bias, which can be overcome with democratic, standardized testing. Yes, one can debate some aspects of the process through which students study for the test, but it is incorrect to say that the exam hall is biased. Once inside the exam hall, no one gets extra time or resources unless it is to make the environment fair (special needs,etc.) Your result is based off of how much work you did. Students from backgrounds like these can really struggle in the application process. Even students, who don’t have the best grades and classes, from elite schools and top-performing ones can barely use the advantage of the SAT. This would ensue in them taking more classes, more tests, and putting more stress into themselves. It is seriously flawed and can be easily avoided but in the end, it is us students who will have to work more.

It can be argued that the SAT levels the playing field for disadvantaged students and those from poor backgrounds. But, examining this statement further, the biggest issue that these students have is that they cannot afford the resources to study for the SAT and cannot afford to take it. National Centre for Education Statistics says that in 2015, 94 percent of children ages 3 to 18 had a computer at home and 61 percent of children ages 3 to 18 had internet access at home. The percentages of children with computer and internet access at home in 2015 were higher for children who were older. This data shows that many low-income students do in fact have access to the internet both at home or school. The internet itself has so many programs to study for the SAT like KhanAcademy, free full tests online, and Collegeboard’s 1000 page SAT book offering tips and tricks, available as a free PDF. Collegeboard offers two free tests to these students in the form of waivers. Students from these backgrounds do have the opportunity.

In conclusion, the decision to make the SAT optional impacts students in a way that could decide their future. It’s not a good idea to eliminate an exam that has been in play for so many years and has put several students in top-tier colleges as a return of their hard work and persistence. With the elimination of the exam, students, especially from junior and senior year, have to work harder and take more activities to help boost their resume. This puts more stress on them in a time where everyone is already burning out. Perhaps, the SAT could be re-evaluated and tweaked but this hasty decision is going to cost high-schoolers much more than expected. 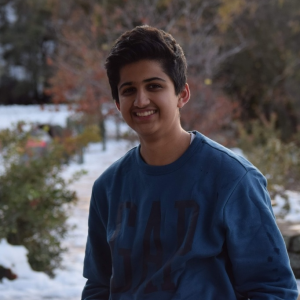 Tanmay Lakhotia, Staff Writer
This is Tanmay’s (11)  first year with the Voice. He hopes to learn new things and have a lot of fun in the class! In his free time he likes road cycling, watching The Office, and playing his guitar. He also loves photography and eating tons and tons of chocolate, which he knows can’t be good for him but does it anyway because of his inability to resist sugar.