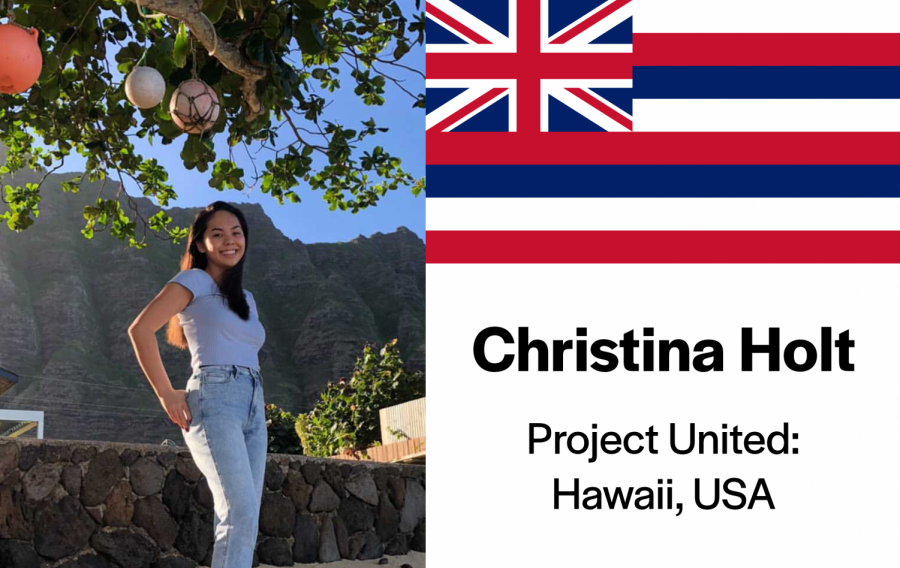 We were already on spring break when COVID first hit, and then [the school] basically told us that we had another week of no school. And then they basically just kept saying that throughout the rest of the year. At first, I didn’t really think much of it at first because I didn’t have much education on COVID. I kind of just thought it was a small thing that might be here until summer, and then it would go away, we’d be back in school, and everything would be fine. But then, as time went on, I saw all the news around the world about people dying from COVID. And COVID just kept increasing and increasing, so I realized that it’s a big deal, which people need to take really seriously even now.

Hawaii goes by quarters [for school], so after the spring break we would go back for the start of the fourth quarter. Since not everybody had internet access,  it was optional [to go to school] for the rest of the year, and we didn’t really have to go to class online either. You basically get extra credit if you did the assignments, and there’d be no penalty if you didn’t do it. I didn’t have Zoom meetings except for Leadership. All my other classes, they just put stuff on Google Classroom, and whoever wanted to do it would do it and then you get a grade.

Now, I have six classes, and it’s the same exact schedule as the times it was at school. We use Google Meet. We log in at the beginning of our class period, and then [the teachers] teach off of there. My first class is at 8 a.m. In marine science, [the teacher] gives a lecture, and we take notes and work on a packet. I have Spanish after that. Usually, we just do an assignment from scratch from 9:30 to 10:45. We have odds and evens, so we don’t have [the same classes] every single day. On even days, we have advisory. If we were in school, I’d be doing work, but now during advisory I would do other random things like take a nap sometimes. Usually, the average student in my school has seven classes. But for seniors, since we have most of our credits required to graduate already, you don’t need to have seven classes. A lot of people take four classes, English, math, science, and social studies, and then they do off-campus [courses]. I think now like with online learning, it’s harder. For Hawaii, since we’re a public school, they can’t make us have our cameras on, so the teachers won’t know if we understand the content or not.  Instead of asking a question in class, we have to email them, and then wait for three hours [for them] to respond. Some of my teachers, they don’t really explain anything, so we have to learn it on our own. They give us the assignment and expect us to know how to do it on our own. I know that multiple teachers have gotten complaints from students, but I think they’re trying to make the best of the situation. I do like my AP Psych teacher a lot though since she teaches it in a good way that’s more interactive.

We’ve also gotten more homework. I feel like the teachers are more strict on deadlines than in regular school because when we were in school in February, we’d have assignments, once or twice a week. Now, many of my teachers assign homework and have them due the same day by midnight.

We’re going back to school on Monday, but only seniors are as they are the priority right now. It’s basically going to be like normal school. We have block days, so we go to school Monday, Tuesday, and Friday. And then Wednesday and Thursday, there’s online school.

In the beginning of quarantine, I was baking a lot of cookies. Also, everyday we get the newspaper, so I was playing their Sudoku puzzles. During summer, my brother and I would stay up watching movies each night. In August, my family and my cousin’s we went ziplining near the mountains, which is on the other side of the island where I live. It was a huge zip lining resort with eight different zip lines. We had to jump down onto a platform and use a rope to go up really high.

I feel that quarantine has made me less social and more introverted. Before quarantine, I used to talk with my friends all the time. Then COVID hit, and I didn’t see any of my friends until like July for the first time, and I just forgot how to socialize. It was really awkward with even some of my close friends. I’ll just be like, I didn’t know how to talk. But I think with my family, I have gotten closer to them. Since we’ve been stuck in our houses for the last like eight months, we’ve had to bond with each other and hang out more. I usually don’t really go outside, but now, we’ve been going to the beach a lot with my dogs since it’s a 5-10 minute walk from my house. At one point, all the public places were close, but after two or three weeks, they opened the beaches. Then all the cases increased. Right now, most things are open, but you have to wear masks and social distance.

When they released the travel ban to the mainland, I think there were almost like 10,000 people that showed up the first day to Hawaii. When I go out, I see so many tourists at the beach, and they could be passing the virus. I feel like the traveling should be banned until the pandemic has settled down.