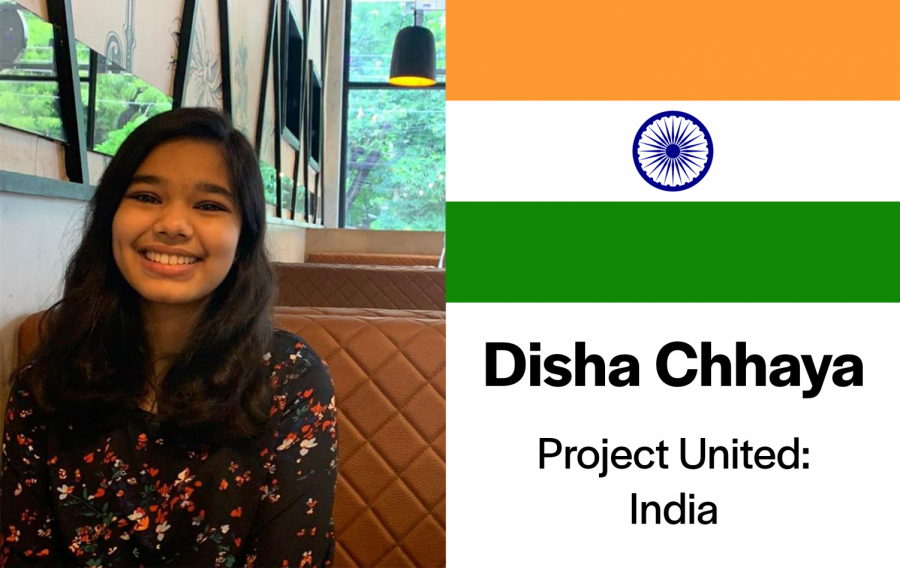 This year has definitely been quite strange. I thought that the quarantining and lockdowns would only last for a month or two, just as a precaution so as to not be infected by the disease. But I think none of us would have ever imagined it lasting for almost a year as 2020 is coming to an end. It was actually a pretty big shock to me that the pandemic lasted for such a long time.

One of my uncles actually suffered from COVID-19. But he was quarantined and took the necessary measures to get out of it. So he’s doing much better now.

We live quite close to the beach. So before all this, we would go to the mall or to the beach for or just hang out with friends and have fun. And of course, we’d go to school in-person. But now, we take classes online using Google Meet and spend most of our time at home. We try not to go out as much as possible, unless it’s really necessary and don’t order food so much from outside. So I think that’s become a huge shift in lifestyle.

Being at home, I’m able to spend a lot of time and do many activities with my family. On a normal day, we would probably spend a lot of time at night talking about how our day was. Now that everyone is at home, we don’t really need to do that and bond with games and other things instead. When it comes to friends, we text each other through Instagram or WhatsApp, which hasn’t had a huge impact on our relationship, but has definitely reduced our levels of communication from before when we would physically meet up.

Apart from this, quarantine did give me a lot of time to focus on myself. I learned many skills such as cooking and forming a regular schedule. Even though I’m still bad at cooking, it’s something I’ve grown very fond of. I think the biggest achievement for me was making tea. I love tea a ton so I learned that really well. This started at a point where I was really bored at home. I like keeping myself busy doing some activity or the other so then I thought, let’s learn something new. So tea ended up being the first thing which I tried making – my favorite so far is Masala Tea by far. But other than tea, I learned how to make round chapatis [an Indian flatbread] and a lot about spices. I also started making dals [an Indian broth with lentils] and Pav Bhajis [an Indian sandwich] – all things that I liked eating. So that is one thing.

I also caught up on a lot of reading, specifically fiction. Reading has helped me expand my imagination. This took a while because the surrounding libraries were closed for pretty long. My favorite books are those by John Green. Other than that, I really enjoyed All the Bright Places by Jennifer Niven. Later, I began exploring books away from fiction like To Kill a Mockingbird and The Diary of a Young Girl by Anne Frank, both of which I highly recommend.

Schooling here is now virtual. Because of how diverse India is, many rural places didn’t have the resources to go online. So in some places, the government did provide tablets to families for educational purposes. But this has been very difficult for these people because they do not have strong network connections and things like that.

Normally, we would have classes with every teacher everyday. This meant our school day would last for 6-7 hours, with nine classes a day. Sometimes, if there was a holiday within the school week, we would also have class on Saturdays. Overall, there was definitely a lot more regularity in classes. We would have finished learning much quicker as due to this transition, the academic year started later than usual.

It has been very difficult for teachers to transition into online learning. At the same time, they have found new ways of teaching. They use things like Google JamBoard and ask questions in Google Forms to understand how much we’ve learnt.

One of my favorite classes by far is psychology. As it involves observing people, it is a pretty interactive class already. But our teacher has helped us learn new things may not have been possible during in-person classes. So my teacher starts by discussing topics we will touch in the seminar. Then, we have to research extra information outside the textbook. Afterwards, she interacts with us, asking us about what we read and giving us examples of the topics – which can be something like brain structure, for example. So I think that has helped us understand a lot of psychology outside of the given curriculum.

A thing with online learning that is always annoying though, is when there’s connection issues. Sometimes, a teacher would be teaching us and would suddenly be kicked out. They would not realize it themselves for 10 to 15 minute but join back in randomly. So they’d be at a different part of teaching than we had learnt. So the teacher would have to redo the entire lesson at some points as well. Another huge problem is that people may forget to mute their mics, which results in constant background noise while the teacher is teaching.

And of course, my WiFi has been cut off at my house as well. During exams, we are supposed to keep our video switched on at all times so that the proctor can check to see whether you’re copying or cheating in any way. Once, my internet connection was not stable and my video stopped working. I got really panicked – I thought the proctor might think that I went to some other site and I didn’t want that to happen. Not to mention, there’s a limited time to finish the test and I was afraid I may not be able to. But then everything went back normal as I finished writing the exam. That was really stressful.

Recently, the long-term COVID restrictions that were in place have been reduced. We can go out on weekends and sometimes, which is nice. We do still have to take precautions such as wearing masks and applying sanitizers. Of course, there’s also still some restrictions to the number of people that can be in a given location all at once. There’s also time limits in certain places for how long you can stay, in order to keep everything moving.

Right now, things have started getting better. But I am a little worried about new mutations that may arise, like those in London. But ultimately, I do think things are going to get better now that there is a vaccine.

From this experience, I’ve learned that it is okay to stay at home once in a while and slow down. You can pick up new skills and really learn new things about yourself that you may not have otherwise.