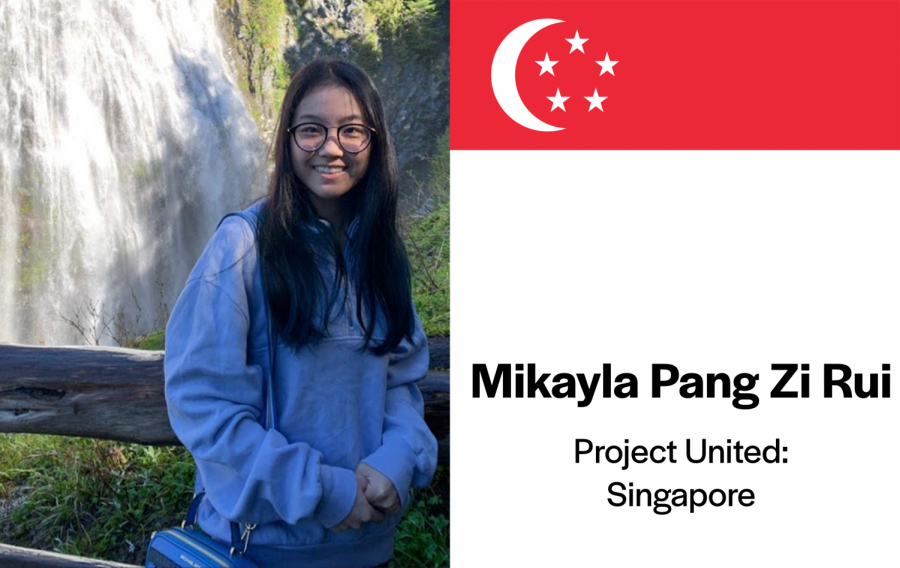 My name is Mikayla and I’m from Bukit Panjang in Singapore. We went into lockdown around March, in a process we called a circuit breaker. There are three phases. The first one was when everyone is basically in lockdown. And so everybody had stayed at home and all the stores closed.

At one point, we had hundreds of cases, and our population is really small. So coronavirus was spreading really rapidly and everyone got cared for. We had hundreds to 1000 cases at one point, but it was all in like the migrant worker dormitories, migrants who work on construction here. They were being quarantined, and it became a humanitarian crisis because they couldn’t access food easily, and were quarantined in small dorms. Their conditions were pretty bad.

Right now, I would say almost everything is open. Basically, we can hang out in groups of eight. Places like churches, mosques, you can have up to 250 people and we can have small scale weddings. So I would say that life is pretty much normal. We’re still wearing masks. We also still do contract tracing. Before you enter a mall, you have to scan this QR code. In case that shopping mall has a COVID outbreak, everybody who’s at the mall at that specific time the government can trace, so that handles any possible cases.When mandates like the mask mandate were put forward in Singapore, nobody thought about disobeying, it was very rare someone did. It’s a lot easier to enforce mask mandates and precautions in Singapore because we’re so small, we don’t have 50 states like in the U.S. I would say that we’re doing very well on almost every front, like economically in education.

I go to Yale University in Singapore. It’s a collaboration between Yale, the Ivy League, and National University of Singapore, and I would say it’s the best college in Singapore. Yale is also a fully residential college. So when COVID first happened, everyone was staying on campus. And that’s like 1000 people on a relatively small campus. When COVID happened, the school gave us a three day notice for everyone to move off campus. There were quite a few international students, and flights were very expensive at the time. Those who couldn’t leave or book a flight in time needed to pay for this thing called summer housing, which is relatively expensive. Some of my American friends were forced to go back to a location which had a worse number of cases. Overall, the process was messy.

90% of the students came back to campus at the start of this school year.  Right now, I’m staying in a suite. It’s basically a teeny tiny apartment. We have a common bathroom and living room, which we call the common room. There’s six tiny rooms for each person in the suite. Because of COVID, our school had special online classes for students who chose not to come back to campus. But living on campus was an option. The only difference is that we had to follow the government rules on campus as well. When I went back to school, we were in phase two, which meant there were no gatherings of more than five people. In our classrooms, everybody set like one meter apart. The dining hall, where we all ate, would be lively and everybody just sat next to each other. But because of COVID, we needed to sit in groups of four or five. So that was a really big change.In terms of college life, we basically had no college life. There are no events, a lot of clubs got canceled, especially clubs that are sports. I’m in the investment group, and we always invite external guests. However, nobody who is not studying at your school is allowed on campus, so we couldn’t invite anyone at all.

I’m a sophomore studying philosophy, politics, and economics. I’m glad we’re learning in-person, because I find it hard to immerse myself in a class over a zoom meeting. Currently, I am stressed about the second coronavirus strain that I recently heard about. A lot of people in junior year, if not most people in my school, go on semester abroad. So you go somewhere else, and you take classes that actually count towards your major, but it’s ungraded. That’s great, right? A lot of econ majors are taking really difficult classes, and it’s a great opportunity..But the thing is, popular places to go are in places like the US. That’s why I’m exploring different locations, because I’m uncertain whether travelling to the U.S. next year is even a possibility.

I’m glad Singapore handled this crisis so well. I wouldn’t have the opportunities I do if they hadn’t.