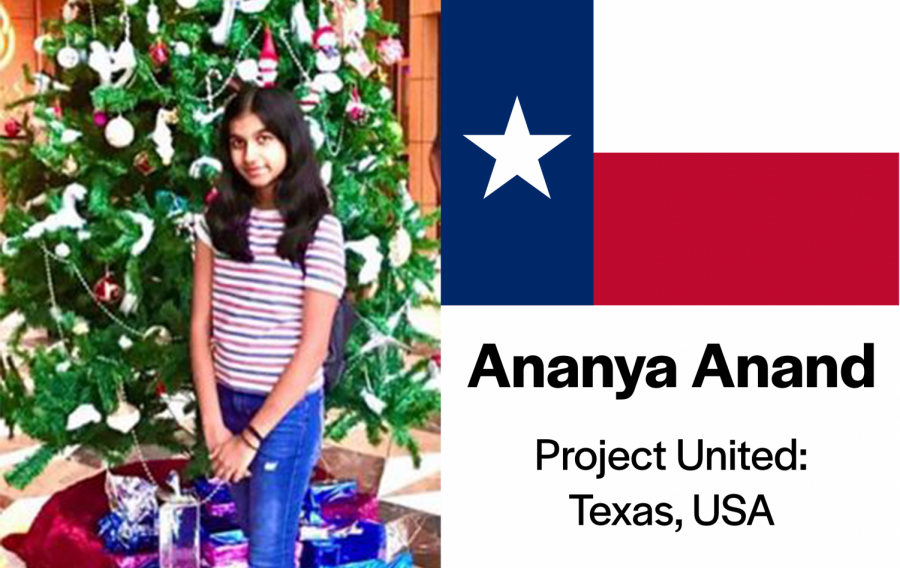 I thought that COVID would end in two weeks because originally, we went for spring break when we first heard about it. And then they told us that we would be staying home for another week, so I honestly didn’t expect it to go this long. I was actually happy at first that we didn’t have school in person, but it got annoying after a little bit. I was astonished when they said we weren’t going to come back for the school year, because I had just moved back from India. And then corona became a thing, so I had two weeks of school, two weeks of real school that school year, because I was homeschooled the rest of the time.

My lifestyle has changed a lot because I used to go out a lot before COVID. Now it’s even hard to go to the grocery store without being like, “Oh, do I have my mask?” I feel like I’ve gotten somewhat lazy, since everything is at home. I used to be more productive in a day and now I’m not as productive. But I have been going to bed earlier. I found a schedule that works for me when it comes to homework and extracurriculars. And we don’t have to commute anywhere, so that makes everything a lot more convenient.

I’ve been out sometimes, though, just to grocery stores or on walks or to school sometimes when they ask me to pick things up. That’s pretty much it. I don’t go anywhere else. There are no restrictions right now, but we recently went into the Red Phase of COVID because people probably traveled during Thanksgiving break. There haven’t been any new restrictions as of now, but I don’t know if it’s ever gonna end because it feels like people are still going to travel for Christmas and New Year’s.

I would say now, if I had to go meet a bunch of people, I would probably be more awkward because I feel like meeting new people won’t be the same at all. And I think we all got a little bit more introverted. And we just don’t know how to communicate with a large group of people anymore.

Being at home, it’s hard for us to talk with friends. But I’ve also been spending more time with my family than usual. With my friends, we honestly got kind of distant because it’s not the same as seeing them in person. But with family, we definitely know each other better now. We do still get into fights and arguments sometimes, but that made us closer. Seeing my parents at home every day has really helped us communicate, especially since before, they would just go to work and be home for dinner and I wouldn’t see them much.

One good thing that’s happened is that I’ve gotten a lot more time to get to know myself and to just be nicer to myself instead of running from class to class. So I’ve definitely gotten more time to just relax, even after doing homework. You don’t have to go anywhere so it’s a lot more free time. I’ve definitely gotten to meet new people online, because everyone is online now, so I’ve gotten to meet people that I would not have met at school. That’s been pretty interesting.

I’ve honestly watched a lot of TV too during this time. I’ve rewatched a lot of the old Disney shows, just to bring back the nostalgia. I’ve also gotten involved at organizations in my school such as Student Council, and I’ve put more time into learning music. I’ve recently gotten involved at DECA, HOSA and this new organization called YLPHM, which stands for Young Leaders in Public Health and Medicine and I’ve been putting time into that, also student government and Girl Up, which is a United Nations organization, for female empowerment. My extracurriculars are mainly music because for choir, we have auditions for TMEA, which is the Texas Music Education Agency. We had auditions for that and I was preparing for them. Basically CMEA for Texas.

For me, school has been virtual. My school is open, and a lot of people are going, but doing it all virtual is an option this entire year. We have our classes split up into block schedules and A and B days. I have four classes on one day and four classes another day. For weekends, we get a lot of homework, so we don’t really have a break. Teachers think we have nothing to do because we’re at home, but that’s not true at all.

But some people are going on campus now. It hasn’t been tough to learn because I feel like we don’t get distracted by our peers like how we would in school, when we would talk. But now, we just do our work. And that’s all we have to do. So no, it hasn’t been tough. Then, teachers would give you free time at the end of class and you usually just waste that time.Yeah, now you just take a nap or something during asynchronous time.

My favorite class would be choir, but my favorite core class would be biology. For choir, we usually send in recordings for them to listen and like, put them together. But now a lot of students are going in person. I’m not going yet, so we just have Zoom meetings where we get to see everyone else. And we just learn at the same time as them.

All of my teachers, honestly, are all kind of getting used to this. They were struggling, but now they communicate with one another to find out, “How do you organize your files and things like that? How can we make this more convenient for our students?” I think it’s communication between teachers that’s making a difference. My bio teacher is not a techie at all, but he tries his best to teach us which is what I really admire about him.

Work actually depends on the class. Some classes just are busy work. They just give you a lot of things to do, even if they’re not challenging, but it takes up a lot of time.

Wi-Fi problems really suck, and people are using “My Wi-Fi is down” as an excuse, so now teachers don’t really believe that your Wi-Fi goes down either. If you can’t unmute, type it in the chat. Once, my internet got cut off because of the rain. We have thunderstorms here in Texas, which is different from California, and my internet went down for a couple hours then

I feel like after they’ve opened schools, we’ve been getting notifications that someone in the school has gotten COVID  every day. That’s how bad it is. And I think if they closed it again, there would be less cases. I feel like they’ll close it after winter break, because we just got an email, saying “If you travel during Thanksgiving break, please stay at home.” They actually changed the system a little bit recently, and put us in these learning pods where it’s basically virtual learning but at school.

I think the tests will be harder, because I personally don’t cheat. But I know that a lot of people are taking advantage of the internet during tests and I think everyone will probably have good grades this year, and then horrible grades in the coming years. You just know that they cheated.

My geometry teacher and human geography teacher, they both tell us, “Tests are open notes, but I wouldn’t advise it.” You know what I mean? They’re like, “I can’t stop you from using your notes. But try not to.” I don’t even know what that means. But open notes is always like a sign that they’re gonna make it extremely hard. I have two AP classes this year. So I’m kind of just going with the flow and doing what the class requires. I think it’s different because now they have daily videos on the AP classroom website. So you can use those to your advantage. And I think those have helped me prepare.

I actually had the PSAT here a couple weeks ago. They had it in person, but then COVID cases went up so they stopped that. But I do hope AP exams will improve from last year. What I’ve heard was that they had free response last year, which was extremely bad. I think they’ll just do it online but have those proctored systems. They have the camera that records you while you’re taking it. I think they’ll do something like that to make it more secure. I took an exam from UT Austin for a dual enrollment class this year, and they recorded every movement in my room while I was taking the test, and you can’t even make that weird thinking face you do on a test, you have to stare the entire time. And you have to show them what’s on your desk. For the scrap paper, you have to flip it over to show them. You have to show them you’re not using a graphing calculator. That was a pain. It was only one test, though. It’s over.

I hope that COVID will end soon but I do hope that we also have online learning as an option. I don’t want it to go completely back to how it was before, and I just hope that everything will get better so that we can see people again.

If you don’t need to go out, just don’t, because then we can get rid of this disease quickly and go back to a normal functioning society. We could have ended this a long time ago if everyone cooperated for a solid three weeks. We’re just going to have to wait now to see what happens.