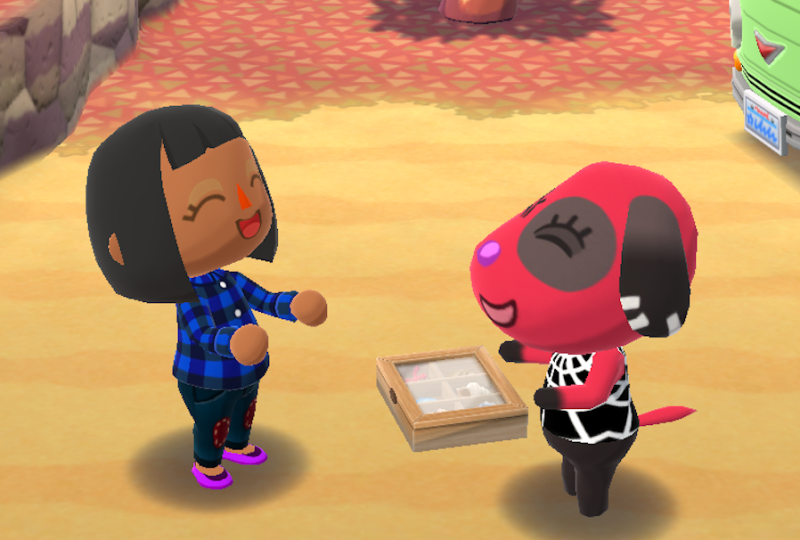 Animal Crossing does not leaf up to expectations

Animal Crossing does not leaf up to expectations

Nintendo released the smartphone version of one of its most popular games, Animal Crossing Pocket Camp, which reached 15 million downloads since its launch on Oct. 25. Animal Crossing is a social simulation game where players can customize their living spaces, form friendships with their animal neighbors, and buy and sell furniture. Despite the excitement towards the game’s release since its announcement in 2016, Pocket Camp does not live up to its hype and even loses the inherent charm of the game’s franchise because of a number of flaws in the gameplay, variety, and design.

As a long time fan of Animal Crossing since playing the 2005 Nintendo DS version “Wild World”, Pocket Camp left me frustrated and disappointed. The inherent charm of the game franchise lies in the leisure format of the gameplay. Players could play at their own pace, find enjoyment in doing simple and mindless activities such as collecting fossils, bugs and fish, and refurbishing their homes. However, Pocket Camp set a time limit for the tasks players have to finish and introduced player levels, which makes the game a lot less enjoyable when numbers and achievements become the main incentives of the game.

The gameplay also makes the game unsustainable for the player’s interest since there is a very limited variety of activities and collectibles. It gets extremely boring over time considering that there are only 13 types of fish and seven types of bugs, compared to 56 types of fish and bugs in Wild World, which means by the second week of playing the game, players would be catching the same type of fish over and over, which can drive people (such as myself) insane. Although repetitiveness is one of the main elements of the previous games as well, the original game also has the crucial component of randomness; it is the main reason why every player’s gaming experience is unique, and prevents the game from getting predictable. Pocket Camp completely lacks the element of randomness and surprise. The animals ask for similar requests, their dialogues start repeating over time, and there is even a timer showing when the trees would bear fruits. The game becomes dull and overly formatted when randomness is not incorporated, and it loses an essential part that previously made it so enjoyable.

However, the thing that puzzles me most is the logic of the game. Players can earn money in the game and level up by fulfilling the animals’ requests and increasing friendship levels, which is a terrible concept— players are basically running errands for them to earn their “love”, compared to the previous games where players do not need to rely on these animals to earn money, and could just choose to converse with them occasionally for fun. Players also need to buy furniture that fits their taste to invite them to their house, and after inviting them over, they just lounge around their camps like a bunch of losers, not doing anything except order them to catch something like “3 squids and 2 monarch butterflies” for no reason at all.

I understand that this is a free game, so it would definitely lack a lot of features in the other Animal Crossing games. I also know that a new game shouldn’t be exactly like previous games no matter how great the originals are. That being said, I cannot help but feel like Pocket Camp was rushed to launch before it was fully ready, and that this game has not done my favorite childhood game justice.