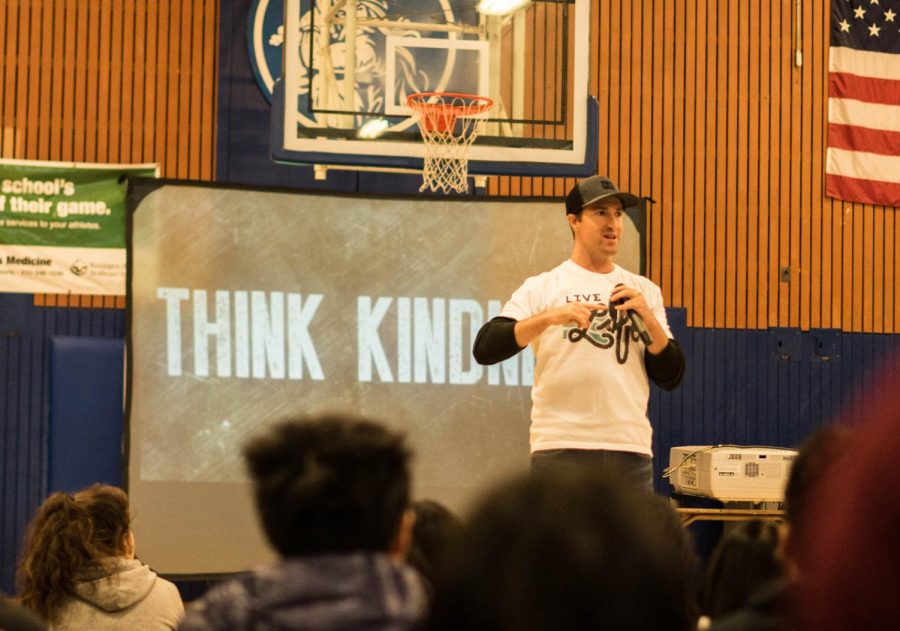 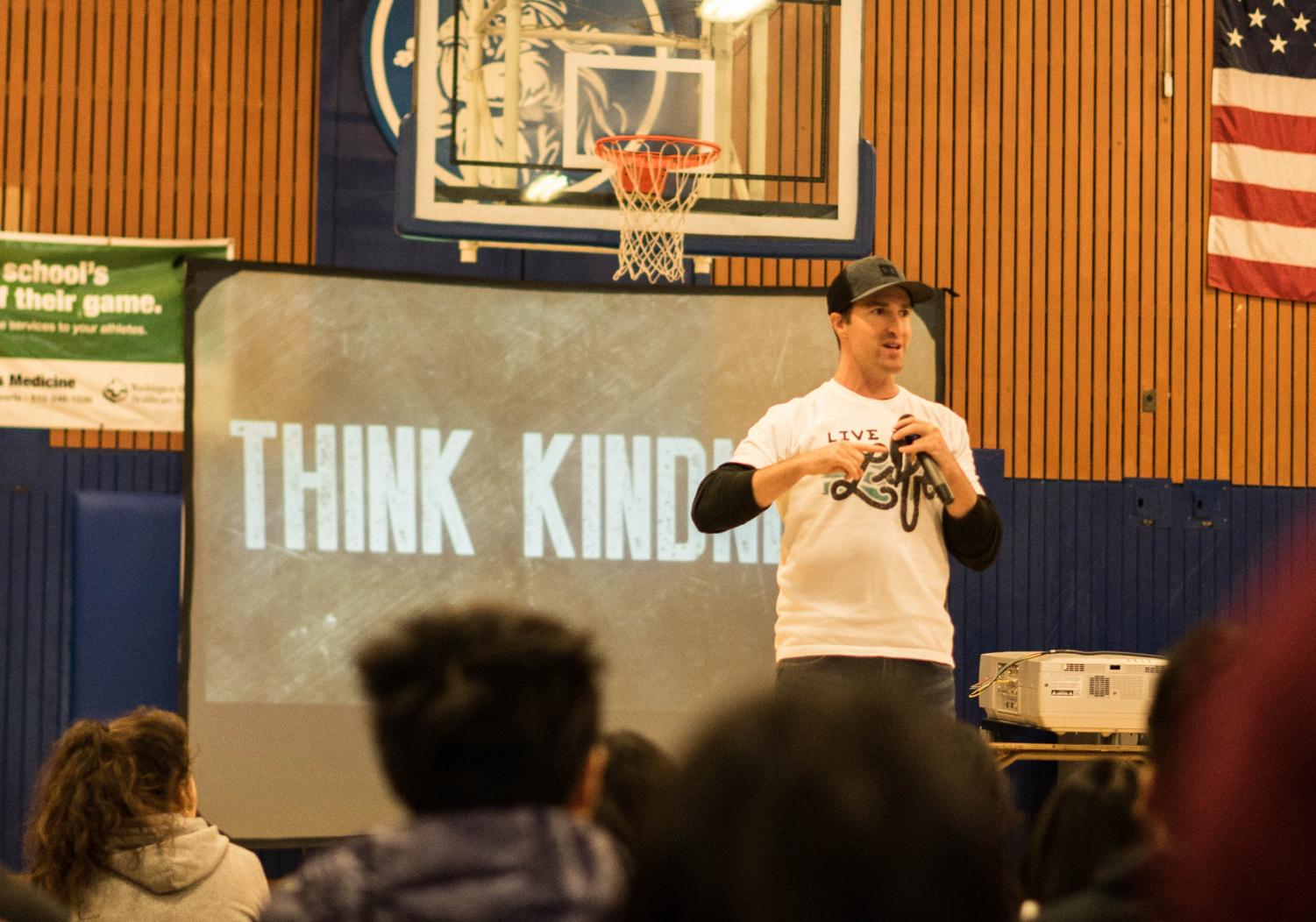 A speaker from Think Kindness, a non-profit organization that focuses on initiating “kindness challenges” across the nation, was invited to Irvington High School to speak about the importance of courage and small acts of kindness during the Dec. 6 and 7 advisories. However, the falsity in some aspects of Brian Williams’s beginning icebreaker story and the massive pricing of the assembly led many students and teachers to feel conflicted about the speaker and event.

Throughout the presentation, Williams covered what inspired him to start collecting shoes for less fortunate children in Africa, his experience in the Kenyan orphanage, and the encouraging story of Grace, an Kenyan orphan battling AIDS, who eventually went onto graduate college.

“Grades are important,” Williams told The Voice, “but happiness and human kindness are always more important. I hope the assembly opens [students’] eyes to issues that are going on outside of their school, city or community, and lets them realize that they can make a difference. It may be a small difference, but it is still a difference.”

Williams urged Irvington students to take action and donate shoes to children in need. From Dec. 11 to Dec. 20, Irvington conducted a shoe drive that aimed to collect 1,500 pairs. The drive aims to use the collected shoes to give children a chance to walk to schools and access to education by delivering them to children in Africa.

Despite the speaker’s positive message, some Irvington students and teachers questioned parts of William’s story, specifically regarding how his grandmother learned to take selfies last Thanksgiving. The photo of the “grandma” he showed after he presented his story was actually an internet-famous cancer fighter named “Grandma Betty,” who passed away in 2015. Grandma Betty had over 395,000 followers on Instagram, and was famous for her inspiring messages and fun-loving personality.

“Mr. Williams is not at all related to Grandma Betty, nor has he contacted us for permission to use her picture or her story in his presentations,” the statement said, “While we fully support the overwhelming push for acts of kindness, we do not support the dishonest attempt at obtaining the students’ attention or support through fictitious depictions of Grandma.” 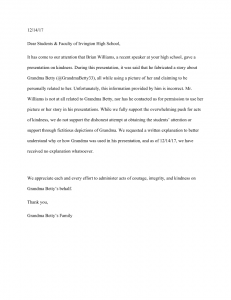 A statement from Grandma Betty’s family.

In light of these revelations, students and staff expressed their conflicted feelings.

“When I heard his story, I thought what he was doing was very meaningful. ” junior Michelle Nguyen said. “His intentions are good, but the way he presented that grandma wasn’t okay.”

Williams told PTSA that he acquired the family’s permission to use her photo two years ago. Grandma Betty’s family rejected the claim. Williams also explained to the family that he mentioned during the presentations that the photos of Grandma Betty are “photos of other people who have also gotten the lesson on the basic selfie.” However, teachers and students alike did not recall him mentioning this during his presentation.

“We decided to give Brian the opportunity to explain his use of the photo, but his response to PTSA was that he was given permission two years ago by the family, which is completely false,” Ms Miller said. “This is perhaps the most troubling part…that he directly lied about this.”

In addition to Williams’ factitious story, many concerns arose regarding the price of the event. The PTSA disbursed $2,000 for Think Kindness to come to Irvington to give two assembly sessions to promote acts of kindness in the school community.

“I believe it is important that we develop more transparency and communication regarding funds used to pay for outside speakers,” Miller said.

“PTSA’s goals for this year are student success and student wellness,” PTSA president Fahria Khan said. “This assembly was part of our wellness initiative to remind student and staff about how small acts of kindness can make a difference. We wanted to emphasize that it is important to be kind to one another and support one another.”